Jerusalem’s Jewish neighborhood of Maale HaZeitim is resting easier, following the apprehension and arrest of a serial firebomb attacker.

Just after midnight on Monday morning, jubilant residents of Maale HaZeitim, the Jewish neighborhood situated in the Ras al-Amoud Arab neighborhood on the Mount of Olives, gathered near the entrance to their gated community to celebrate the arrest of a man in his 20s, caught throwing firebombs across the wall, into the backyards of residents.


In a mission coordinated between Jerusalem Police, Border Police, and the Maale HaZeitim guard team, forces waited until the attacker turned up for a repeat firebombing.  When the man, believed to be in his mid-20s – lit and threw a homemade firebomb toward the Jewish homes, forces leapt out, grabbing the man and arresting him.  After being interrogated at a local police station, the man admitted to the previous firebomb attacks.  Residents who witnessed the arrests heaped praise on security personnel for protecting them and their families.  News soon spread throughout the community, despite the late hour.

Residents had been terrorized for several nights by Molotov cocktails thrown at their neighborhood.  Property damage was reported, though there were no injuries.  Neighborhood children who witnessed one of the attacks were frightened, with others concerned about what future nights would bring.

Resident and tour guide specializing in the Old City of Jerusalem and its environs, Meir Eisenman, praised local law enforcement for doing its duty to protect the residents of Jerusalem.

He also noted the significance of the Jewish community on the Mount of Olives and the importance of visiting the area.

“As a tour guide, it upsets me when people are hesitant about visiting the Maale HaZeitim, or the Mount of Olives Jewish cemetery – unfortunately, the area has seen a lot of bad press,” he said.  “However, with the new police and security presence in the area, most of the time the area is totally safe.”

“I call on everyone coming to Jerusalem to come visit this beautiful and historic area,” Eisenman said.  “The more people that come, the safer it will get and the more pleasant it will feel.  It’s important that we continue showing our support for this area.” 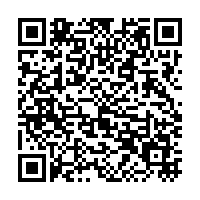