The City University of New York’s response to a series of anti-Semitic incidents on its campuses – to date it has asked for recommendations from outside counsel and set up a “working group” and a “task force” – is tepid and inadequate, according to several critics.

To cite one of its most incriminating examples, the ZOA letter describes a November 2015 rally at Hunter College, ostensibly campaigning for free public college tuition and the cancellation of student debt. At the rally, protesters held signs stating “Boycott Israel” and “Zionists out of CUNY,” and Jewish students at the rally were greeted with calls of “Zionists go home!” “Zionists out of CUNY!” “Jews out of CUNY!” “Get out of America!” and “We should drag the Zionist down the street!” Many of these were recorded on video.

In February at Brooklyn College, a group of students interrupted a Faculty Council meeting and made demands regarding tuition and campus diversity. Soon, though, they were chanting “Zionists off campus!” When the chair of the Council, a yarmulke-wearing computer science professor, told them they were out of order, they called him a “Zionist pig.”

These are just two of the many examples of anti-Semitism on the four CUNY campuses included in the ZOA letter. (The entire letter can be found on the organization’s website, www.zoa.org). Videos of a number of the incidents have been posted online and several have been widely reported in Jewish and mainstream media.

Several critics have pointed to a national student organization, Students for Justice in Palestine (SJP), as the instigator in most of these cases and as a group that has fomented an often vicious anti-Semitic climate at colleges and universities across the country.

The rally at Hunter was partially organized by SJP, which, in advertising the event on Facebook, wrote, “The Zionist administration invests in Israeli companies, companies that support the Israeli occupation, hosts birthright programs and study abroad programs in occupied Palestine, and reproduces settler-colonial ideology throughout CUNY through Zionist content of education. While CUNY aims to produce the next generation of professional Zionists, SJP aims to change the university to fight for all peoples [sic] liberation.”

In an October 2014 article on thetower.com, activist journalist Daniel Mael wrote, “Instead of promoting justice, SJP and/or its members spend almost all of their energy demonizing Israel, advocating for its eventual destruction, showing an unfortunate affinity for pro-terrorist figures, bullying and intimidating pro-Israel and Jewish students with vicious and sometimes anti-Semitic rhetoric, and even at times engaging in physical violence. While SJP may pay lip-service to peaceful aims, their rhetoric and actions make it hard to avoid the conclusion that a culture of hatred permeates nearly everything the group does – making the college experience increasingly uncomfortable, at times even dangerous, for Jewish or pro-Israel students. Perhaps equally disturbing is the limited response from university authorities that have an obligation to prevent such attacks and protect Jewish students.

“And the risk to Jewish and pro-Israel students appears to be growing. Indeed, unless college administrators take a more active role in preventing it, SJP has a good chance of achieving its goal of turning venomous hatred of Israel and bullying of Jews and non-Jewish supporters – with all the violence and fear that inevitably accompany it – into a legitimate and accepted tactic on North American campuses.” 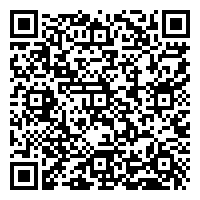