The World Happiness Report is a measure of happiness that’s published annually by the United Nations Sustainable Development Solutions Network and the Earth Institute at Columbia University. Leading experts in economics, psychology, survey analysis, and national statistics, to name a few, describe how measurements of well-being can be used effectively to assess the progress of nations.


The main innovation in the World Happiness Report Update 2016, write the Index authors, is its focus on inequality. “We have previously argued that happiness, as measured by life evaluations, provides a broader indicator of human welfare than do measures of income, poverty, health, education, and good government viewed separately. We now make a parallel suggestion for measuring and addressing inequality. Thus we argue that inequality of well-being provides a better measure of the distribution of welfare than is provided by income and wealth, which have thus far held center stage when the levels and trends of inequality are being considered.”

The 2016 happiness index shows that there is a wide variation among countries and regions in their inequality of well-being, and in the extent to which these inequalities changed from 2005-2011 to 2012-2015. In the world as a whole, in eight of the 10 global regions, and in more than half of the countries surveyed there was a significant increase in the inequality of happiness. By contrast, no global region, and fewer than one in 10 countries, showed significant reductions in happiness inequality over that period.

But, according to the index, “people do care about the happiness of others, and how it is distributed. New research suggests that people are significantly happier living in societies where there is less inequality of happiness.”

Israel in 11th place is followed by Austria in 12th and the US in 13th. Germany is in 16th place, the UK in 23rd, and France is in 32nd, trailing the United Arab Emirate in 26th place. Surprisingly, Japan is in 53rd place.

The unhappiest country on the planet is Burundi, in 157th place, Syria is 156th, Afghanistan 154th and Yemen 147th.

Incidentally, Israel also ranked 11th happiest in the 2013-2015 survey. Turns out Israelis are a happy bunch, with ongoing equal distribution of happy. 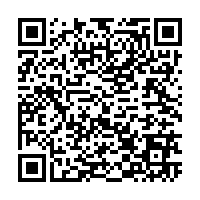