It seemed like an inspired idea when Melinda Strauss decided to video her 14-year-old nephew Izzy Hoffman put on tefillin. She uploaded it on November 1 to her TikTok page, which is dedicated to educating her 400,000 followers about the Jewish religion. The video, “How to Put On Tefillin,” went viral over the past two weeks attracting 8.5 million views – and thousands of anti-Semitic messages directed at her nephew.

Messages included: “You should have died in the gas chamber!” “Gas them all,” and “Is this what you did to Jesus before you killed him?”

Strauss said she repeatedly requested TikTok remove the anti-Semitic comments, but nothing was done.

After The Jewish Press asked TikTok for a response to the situation, TikTok responded on Wednesday that the company had decided to remove the messages. Strauss confirmed the hateful content was removed.

“TikTok condemns anti-Semitism in all forms and will continue to remove these hateful comments,” TikTok spokesperson Jasmine Mora told The Jewish Press. “We have more work to do to counter anti-Semitism on our platform and recently reaffirmed our commitment to this,” she said.

“One of the things I have unfortunately become very used to is the anti-Semitism on TikTok,” Strauss, creator of the “therealmelindastrauss” account on TikTok. “The reason I started sharing was that a lot people were asking all these questions that to me as an Orthodox Jew were so simple. So, I started answering some of the questions and the more the responses grew, the more the hate messages grew as well.”

While Strauss said the positive comments always greatly outweigh the negative comments, she was deeply concerned with how the anti-Semitic comments would affect her nephew. “The first thing I did was ask him how he was doing,” she said. “If he felt it was an issue I would have taken down the image immediately, but he’s got a really good mind and he understood that this was hate.”

“These internet trolls were writing ‘put him in the gas chambers’ from behind their computers about a picture of a kid and it’s just ridiculous,” said Jessica Russak-Hoffman, Izzy’s mother. “My first instinct as a mother was to make sure my son wasn’t internalizing what he was reading,” she said.

Izzy was resilient. “I really am not changed by the comments,” he told The Jewish Press. “It’s crazy how much anti-Semitism there is on TikTok especially against a 14-year-old. It’s really something that needs to change and it cannot be acceptable in any way to say these things.”

“I’m afraid that the problem of anti-Semitism is much worse than anyone is willing to admit or even recognize,” said Hikind. “It’s easy when you’re talking about some hoodlum attacking Jews on the street. But when you have a medium for young people and you have these malicious comments of hate – I think it should scare the daylight out of the Jewish community. Not to be afraid but in terms of facing reality.”

Hikind doubts it is a sign that young people are more hateful than previous generations. “Twenty years ago whatever your feelings were about Jews, you said it to your friends, but now you can have thousands or even millions of people listen to what you are saying.”

Many Jewish community leaders have said it is important to hold social media outlets responsible for not doing enough to remove hateful content.

“One of the key reasons for the continuing spike in anti-Jewish hatred is the failure of social media giants to hold anti-Semites accountable,” said Rabbi Abraham Cooper of the Simon Wiesenthal Center. “This expression of such hatred should lead to an automatic expulsion of the perpetrator from TikTok.” 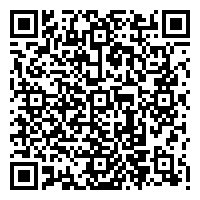