Jews continued to be harassed in the third-largest number of countries around the world, according to a Pew Research Center June 21 report titled “Harassment of religious groups hits highest point since 2007.”

The Pew analysis of 2016 sources cites reports of religiously motivated harassment “in the vast majority of the world’s countries (187, up from 169 in 2015).”


In case you were wondering, there are 195 countries in the world today, including 193 countries that are member states of the United Nations, and two imaginary countries: the Vatican and the “State of Palestine.”

“In 2016, the number of countries where Jews were harassed increased to 87, reversing the decline that occurred in 2015. In Uruguay, for example, a Jewish man was stabbed to death by an assailant claiming to follow Allah’s orders, and Jewish organizations said anti-Semitic attitudes were still present in parts of Uruguayan society.”

The Pew report stresses that this fact that Jews are harassed in so many countries is “particularly notable due to their small population size (Jewish people make up just 0.2% of the world’s population).”

At the same time, according to Pew, in Russia, an atheist blogger was charged under that country’s blasphemy law for denying the existence of God and for describing the Bible as “a collection of Jewish fairy tales.”

Pew reports that since 2007, “Jews have consistently been harassed by social groups or individuals in more countries than they have been harassed by governments (66 compared to 56 in 2016).”

Christian groups are harassed by governments (114 countries) more than by social groups (107 countries).

In Singapore, the government has maintained a ban on J. Witnesses since 1972, because they refuse to enlist in the country’s national service, won’t reciting the national pledge of allegiance, and won’t sing the national anthem, which goes: “Come, we (fellow) Singaporeans / (Let us progress) towards happiness together / (May) our noble aspiration (bring) / A successful Singapore.”

Harassment of members of religious groups takes many forms, according to Pew, including “physical assaults, arrests and detentions, desecration of holy sites, and discrimination against religious groups in employment, education and housing.” 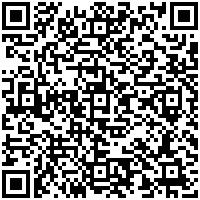