The military draft bill will be submitted to the Knesset’s preliminary approval, Prime Minister Benjamin Netanyahu announced Sunday at a meeting of his coalition leaders. Netanyahu said: “After the first reading, there will be a debate among all the coalition partners in order to reach a broad consensus for the second and third Knesset votes.”

Netanyahu told the three Haredi coalition leaders at the meeting, who insist they oppose the draft law in its present form: “I do not want new elections, but I’m not afraid of elections, and if there are elections, I’ll do fine.”

The draft law is based on recommendations submitted by the Committee to Examine the Recruitment of Haredim. Its main points relate to the addition of service tracks suited to the Haredi public, which would promote integration into future jobs.

In addition, the committee recommends expanding administrative sanctions against defectors and dodgers; setting new recruitment targets for IDF and National Service; a gradual increase in the number of Haredi servicemen; significant economic sanctions for not meeting recruitment targets; and promoting remuneration and benefits to all service men and women.

The coalition Haredi parties Shas and United Torah Judaism understand that even if there is disagreement over the details of the proposed law, its general direction does cater to their special needs, so it would be better to begin the legislative process to amend and refine the proposal, rather than shelve it now, two months before the current draft law expires, exposing Haredi youth to the same conscription requirements as everyone else.

The Haredi politicians also don’t expect the committee work on the new bill to be done by September 1, when the current law expires, at which point the state would ask the High Court of Justice for an extension – and the court would be more likely to approve it if work on the alternative bill is in progress. 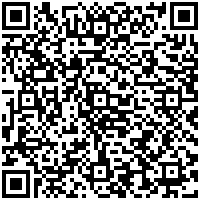