Stephan Kramer, who leads the Central Council of Jews in Germany, gave his unequivocal support to planned sit-ins on the 67th anniversary of Dresden’s firebombing by the allies on February 13, 1945. The sit-ins are intended to block neo-Nazis from commemorating the event and using it as an argument against German responsibility for WWII atrocities.

According to Deutsche Welle, in 1998, far-right and neo-Nazi groups staged their demonstrations on the anniversary of Dresden’s destruction, to deny German war guilt and the Holocaust. What started with less than 100 participants grew into mass demonstrations with at least 6,500 neo-Nazis marching in the 2011 protest, dubbed the “funeral march.” The city said it expects between 1,000 and 2,000 to take part in the march this year.

The people of Dresden, as well as many from outside the city, have organized large-scale protests against the annual far-right marches. In 2011, close to 15,000 engaged in sit-ins, and formed human chains to obstruct the march’s path.

Police forcibly removed protesters, to allow skinheads and neo-Nazis access to the city streets, while the sit-ins were treated as criminal obstructions of an authorized demonstration.

Kramer called the Dresden authorities’ action last year a “reversal of justice.” The head of the Central Council of Muslims in Germany, Aiman Mazyek, also supported the “Nazi-free Dresden” movement. 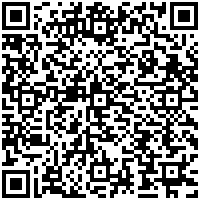