One place where the haredi rank and file has taken a more voluble approach is online. Last year, Aharon Kravitz launched the website Dossim.com to convey the haredi perspective on Israel’s culture wars. The site, with a name that plays off an Israeli slur for religious Jews, aims both to present haredi society in a positive light and to document anti-haredi articles and physical attacks on haredim.

Haredi leaders are silent because they “don’t have the tools to fight the fire from the media and politicians,” said Kravitz, who says it’s important to have the haredi viewpoint out there even if no one is persuaded.

Friedman agrees that such efforts at dialogue are probably useless because the haredi lifestyle is so misunderstood among secular Israelis. Better, he says, for haredim to focus on upholding their way of life.

“The State of Israel has brought us to a situation where the Jewish nation and the Israeli nation need to separate,” he said. “The State of Israel is lending a hand to the worst and most dangerous thing. They haven’t broken us with this. They won’t break us.” 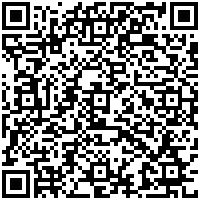