The year 2018 was one of the worst years in the last decade with regards to Anti-Semitism and anti-Jewish violence, the Antisemitism Worldwide 2018 Annual Report, published by Tel Aviv University’s Kantor Center for the Study of Contemporary European Jewry and the European Jewish Congress (EJC), showed.

The report, released on Wednesday on the occasion of Yom HaShoah, Israel’s Holocaust Remembrance Day, showed a staggering 13 percent increase in violent attacks against Jews in the past year which left 13 Jews dead, including 12 in the US.


The report does not include attacks and the murder of Jews in Israel.

The countries with the highest number of cases are the US with over 100 cases, the United Kingdom with 68 cases, and France and Germany with 35 each. Argentina closed the list with 11 incidents.

Israel was not included in the report.

The report noted that the numbers of cases in Eastern Europe have dropped in comparison to Western Europe, going down from 12 cases in Ukraine in 2018 to a few in each of the other countries.

The main form of attack remain vandalism, 216 recorded incidents which consist of 56 percent of the attacks; threats and weaponless assaults followed.

Most of the attacks were against people and not institutions. At least 138 people were attacked and 104 and private properties were damaged. Cemeteries and monuments are still a “traditional target.”

Antisemitism is no longer only a part of the activities of “the triangle,” made of the far right, the extreme left and radical Islam, the report noted. It has “mainstreamed, and became a constant presence of reality.”

Likewise, the anti-Zionist discourse has mainstreamed and the use of anti-Semitic motifs has increased, with no specific trigger, and despite the fact that no military confrontation took place between Israel and its Arab neighbors since 2014, which has previously been attributed to the rise in anti-Semitism.

The word “Jew” is again a pejorative nick-name in a number of languages.

As a result of this increasing menace, many Jewish communities feel they have no future in Europe. The most disturbing finding the authors identified in 2018 is the sense of insecurity prevalent among Jews and confirmed by surveys. They do not feel an integral part of society anymore, and sometimes they even sense a state of emergency.

The report pointed to a number of encouraging achievements have been reached in 2018. Anti-Semitism has been recognized by governments, multi-national organizations and leaders as a serious problem, which requires a serious response.

Why the Rise in Anti-Semitism?

Why is anti-Semitism so strongly felt by the Jewish communities? The survey offers a number of reasons but ultimately does not point to one definite factor.

Growing ignorance among younger generations regarding most basic issues makes them easy prey to prejudices and misinformation, and the more time passes since World War II, the more previous commitments and taboos fade away.

The presence of classical and religious-based anti-Semitism has been reinforced because of religiously-based conflicts, and of strong religious self-identification among Muslims and Christians.

The rise of right-wing parties and extreme right movements, espousing anti-Semitic views and gaining political power, has been noted in Europe, as well as a surge in the White Supremacists’ activity in the US.

In conclusion, the report urges an exercise of a sense of proportion: the situation should not be underestimated, but not overinflated either.

“Let us work together with other discriminated groups and ethnic minorities to help eliminate such phenomena,” the report says.

Violent Spike in US Anti-Semitism

The Anti-Defamation League (ADL) in its 2018 Audit of Anti-Semitic Incidents published earlier this week showed that the US Jewish community experienced near-historic levels of anti-Semitism in the past year, including a doubling of anti-Semitic assaults and the single deadliest attack against the Jewish community in American history, the white supremacist shooting spree at a Pittsburgh synagogue, which claimed 11 lives.

The report recorded a total of 1,879 attacks against Jews and Jewish institutions across the country in 2018, the third-highest year on record since ADL started tracking such data in the 1970s. 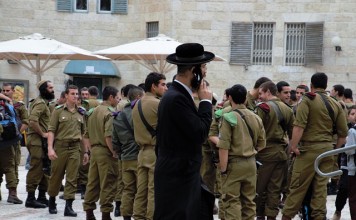