Germany on Tuesday assumed the chair of the International Holocaust Remembrance Alliance (IHRA) for the second time in a move set to “address [Germany’s] historic responsibility” and act as important marker “in times in which freedom, democracy and diversity are under intense pressure,” the German Foreign Ministry stated.

Germany adopted the chair from Luxembourg, taking charge of IHRA procedures for one year. The first general assembly of Germany’s presidency is set to take place in Berlin in June, with the subsequent meeting held in Leipzig in November.


Speaking at a handing-over ceremony in Berlin, German Minister for Europe, Michael Roth, stated that “Germany knows all too well what a long, painful process” confronting the past can be. Roth called on all IHRA members to work together to “increase awareness of the darkest chapter of our joint history,” adding that “a lot of work remained to be done across the map of European memorial sites.”

The minister stated that Germany had deliberately decided to assume the chair in 2020, 75th anniversary of the end of the Second World War and thus an important year of commemoration of the Holocaust.

The German Foreign Ministry announced it would use its presidency to “fight relativization and distortion of the Holocaust,” and pledged one million Euros (NIS 3.8 million) towards the establishment of a “Global Task Force” against Holocaust denial and distortion, with international experts on the topic.

Germany’s delegation will be led by Michaele Küchler, the government’s special envoy for relations with Jewish organizations, combating anti-Semitism and international issues of Sinti and Roma.

The IHRA, an intergovernmental group, aims to “unite governments and experts to strengthen, advance, and promote Holocaust education, remembrance, and research worldwide.” In 2016, it adopted a resolution based on the 2005 European Monitoring Center (EUMC) Working Definition, which describes anti-Semitism as “a certain perception of Jews, which may be expressed as hatred toward Jews” that can also target the state of Israel.

The definition states that “criticism of Israel similar to that leveled against any other country cannot be regarded as anti-Semitic,” but accusations of dual loyalty and the use of double standards against the Jewish state, as well as tenets of anti-Zionism like the denial of Jewish rights to self-determination, are also considered manifestations of anti-Semitism.

“The IHRA expansion and the joining of additional countries is a significant step in the continuing struggle against anti-Semitism, which unfortunately is more relevant today than ever before,” said Israel’s Foreign Ministry. 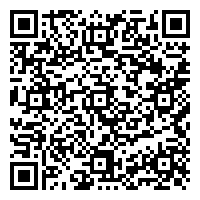