The heroism of two Greek “Righteous Among the Nations” was celebrated at an online event Tuesday night watched by over 20,000 people from around the world, and hosted by the Combat Antisemitism Movement — along with B’nai B’rith International, the National Hellenic Society, the Hellenic American Women’s Council, and the European March of the Living.

On the island of Zakynthos off the coast of mainland Greece, 275 Jews lived prior to the outbreak of World War II. Nazi forces arrived in Zakynthos in 1943 and demanded a complete list of the island’s Jews from Mayor Loukas Karrer. Unsure of how to proceed, Karrer turned to the leader of the Greek Orthodox Church on the island, Metropolitan Dimitrios Chrysostomos, for assistance.


Metropolitan Chrysostomos assured Karrer that he would negotiate with the Nazis and ensure the protection of the Jewish community of Zakynthos.

The two leaders then mobilized the island’s citizens to hide all of the town’s Jewish people in rural villages, allowing them to escape deportation. While more than 80 percent of Greek Jews were killed during the Holocaust, the entire Jewish community of Zakynthos was saved.

Loukas Karrer and Dimitrios Chrysostomos were honored with the title of Righteous Among the Nations by Yad Vashem for saving their island’s Jewish community in 1977.

“This is a unique case in which both a clergyman and a mayor put their own lives at risk to save the Jewish population,” said Dr. Joel Zisenwine, Head of Yad Vashem’s Righteous Among the Nations Department at the event, titled “There Is Neither Greek Nor Jew”: The Heroic Duo Who Saved an Entire Island From the Holocaust.”

Ambassador of the Hellenic Republic to the United States Alexandra Papadopoulou said, “When it comes to antisemitism, we do not have the luxury of standing silently by. Individual acts do make a difference.”

“The mayor and the metropolitan are not the only heroes to celebrate for this courageous action,” said Ambassador Chris J. Lazaris, Chair of the Greek International Holocaust Remembrance Alliance (IHRA) Presidency. “Until the departure of the German troops, no one betrayed the Jews in hiding. Those people protecting the Jews risked their lives to save others. Without them, Zakynthos would not be known as the ‘Island of the Just,’ as they call it in Israel.”

“I’ve worked to nourish the special bond between the U.S., Greece, Israel and Cyprus,” US Congressman Gus Bilirakis (FL-12) said. “Our darkest moments have come at times when those who knew better stood silently. America must remain a beacon of principled courage, promoting basic human rights around the globe.”

Deputy Head of Mission at the Israeli Embassy in Athens Zach Saar said, “The story of Loukas Karrer and Metropolitan Chrysostomos and those of all the ‘Righteous Among the Nations’ are part of our common history — Jews and Christians, Israelis and Greeks — tying us together in a deep bond of friendship and solidarity…[and] commemorating the heroism of the ‘Righteous’ is even more relevant today, as antisemitism is experiencing a resurgence around the world, particularly in Europe.”

“My father and his family were among the 275 Jews saved by Metropolitan Chrysostomos and Mayor Karrer,” Mimica Tsezana Hyman, Board Member for the American Friends of the Jewish Museum of Greece, remarked. “You save one life; you save the world. The people of Zakynthos saved the world, and our hearts.” 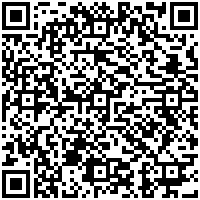