A shocking statistic was released late last month: Anti-Semitic incidents rose by 86 percent in the United States in the first three months of 2017, with 541 attacks and threats between January and March – compared to 281 incidents in the same time period in 2016, according to a report released by the ADL.

We’ve all seen the headlines about such incidents across the country. Recently, New Yorkers erased swastikas on a Manhattan subway car with hand sanitizer. In Chicago, a man drove up to the city’s downtown synagogue and left two swastika stickers on its door. And in Houston, a statue of William March Rice on Rice University’s campus was adorned with yet another swastika.


These threats underscore the unique risks Jewish institutions face every day. This heightened threat makes the security funding inequity in our state all the more frightening, and behooves us to work harder than ever to ensure equity – and safety – for our children.

On the eve of Pesach we got a bit closer to achieving that equity with a major victory in Albany for the Jewish community. With the passing of the 2018 New York State budget, we secured $289 million in nonpublic school funding, including a record-breaking $40 million for nonpublic school security.

The final budget also includes $210 million for nonpublic schools for state-mandated services, $25 million for technology, and $7 million for immunization. And for the first time, New York State has created a new reimbursement program for science, technology, engineering, and math (STEM) instruction funding.

Students in nonpublic schools have been subject to gross funding inequities by the educational system, and we have been working tirelessly to articulate this unfairness to our local government representatives. We were thrilled to see this budget passed, but it was the product of diligent efforts by committed parents, educators, and lay leaders.

These efforts were clearly visible at the crack of dawn on March 1, when hundreds of yeshiva day school students boarded buses to Albany to lobby the New York State legislature for increased funding for STEM education for nonpublic schools and a major increase in security funding to keep our schools safe.

Do you know how much security funding nonpublic schools received from New York State before 2013?

That’s hard to believe, but it’s a fact. It’s why OU Advocacy/Teach-NYS has worked tirelessly over the past four years to persuade the legislature to recognize the pressing need for security assistance to yeshiva day schools.

This past February, at a press conference with Jewish community leaders, Governor Cuomo proposed adding an additional $25 million toward nonpublic school security.

“New York must always be the beacon of tolerance and hope for all, and with the recent explosion of anti-Semitism and hate crimes, it is more important than ever before that we do everything in our power to ensure the safety and equal treatment of all New Yorkers,” Cuomo said.

“Any acts of bias or discrimination will be met with the full force of the law. New York is and always has been a place that celebrates diversity and religious tolerance, and we say to all New Yorkers who feel unsafe: we will always protect you.”

The governor made good on his commitment and he deserves the thanks of all New Yorkers for making the security of all our children a priority.

I’d like to thank Governor Cuomo, Assembly Speaker Carl Heastie, and Senate Majority Leader John Flanagan for their essential support in making this budget a reality, as well as our dedicated volunteers and lay leaders. The Orthodox Jewish community is deeply appreciative of all your efforts on behalf of our children.

And I invite readers to learn more about how they can get involved in ensuring security for our precious yeshivas, shuls, and community centers. The work is far from over. Indeed, it has only just begun. Visit us at www.teachnys.org to learn more about what you can do. At this critical moment, with the accelerating threats we face, it is not about what your community can do for you but rather, to borrow from President Kennedy’s words, what you can do for your community. 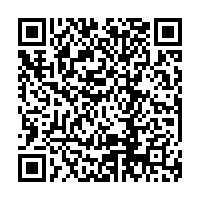