As explosions are heard in Ukraine, Jewish residents are being warned not to leave their homes.

Chabad-Lubavitch emissaries meanwhile say they have no plans to leave and that they will remain to care for their communities as they prepare for emergencies.


Russia on Thursday launched all-out war on Ukraine with simultaneous attacks coming from south, east and north, by land and by air.

Tanks rolled across the border as missiles and bombs rained from the sky. Explosions were seen and heard across the country after Russia’s President Vladimir Putin gave the order to attack.

By midday, the skies over Kiev swarmed with Russian attack helicopters which seized control of Gostomel air base. But jets were seen streaking over the city shortly afterwards, followed by reports that up to four choppers had been shot out of the air.

On Thursday, the leaders of the Jewish Federation in Ukraine have instructed the country’s Jewish community to not leave their homes during the current attacks.

Following the start of the war early Thursday morning, 160 Rabbis of Jewish communities in Ukraine published special instructions for the leaders of the communities and asked them to follow the directive, and look out for the welfare of the Jews in their cities.

They emphasized that they will be remaining in the country to offer support and help.

They also said that whoever has the ability to leave Ukraine, in a safe way, should do so, saying that travel should be done by land.

Despite the fact that all the Rabbis and Chabad-Lubavitch emissaries in Ukraine have Israeli or American passports, they have no plans to leave. They say they are staying in order to be with their communities during this time, and feel a responsibility to their communities as leaders.

An emergency meeting will be held of the rabbis in Ukraine later in the day to discuss whether to send the wives and children to a safer part of Ukraine in the West of the country.

In a message sent to the Rabbis by the Federation, there were included instructions written by their security personnel.

1. They said that G-d forbid, in case of shooting at a home, they should lie down and hide in rooms or hallways that don’t have windows.

2. They also said residents should be ready to welcome family members who may need to flee to their homes, synagogue or school. In these situations the first choice is to take everyone down to the basement.

3. To prepare water and dry food for a few days, and they should be easily accessible to make sure there is no panic.

4. They said to be prepared for internet, electricity and/or gas failures and shortage of gas in local gas stations.

5. To prepare a bag with important papers in case of being evacuated in an emergency, as well as food and necessities for a few days.

The Federation said, “We are calling on Jews all around the world to pray for our safety, and praying that the war will end without any casualties. We hope to see soon the fulfillment of the promise ‘They will turn their swords into plowshares.’”

To assist the Jewish communities in Ukraine, Click here to help.

This article first appeared on the COLLive.com news site. 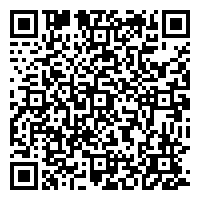