A Jewish rapper?  This one is not just Jewish, he calls himself “Kosha Dillz” and mixes Hebrew and Israeli imagery with his rapping.

When Dillz spoke with The Jewish Press he immediately laid it out clearly that he is very proud of his Judaism and his connection to Israel, and that although he plays with the images and the ideas, it is something he takes seriously.

When asked whether it was difficult to be a focused Jew and a west coast rapper, Dillz confessed that the hardest part for him is dating.  He’s 31 years old and a cohen, which places a delicate limitation on the population from which he can choose.

Dillz began rapping at age 17, constantly traveling into New York City from his home in New Jersey during high school, and later from Rutgers University, where he was on the wrestling team and studied creative writing.

During the years of commuting into New York City, Dillz became heavily involved with the freestyle battle rap scene –  a form of urban combat in which challengers compete based on the quality of their impromptu rapping, most famously portrayed in the film biography of Eminem, 8 Mile – and with the New York Hispanic world of the Nuyorican Poetry Cafe in the late 1990s.

After Dillz finished college, he became caught up with drugs and alcohol and even spent some time in jail.  But eventually, Dillz cleaned himself up and put his life back on track.

Part of the clean-up was re-embracing his Jewishness and his connection to Israel, where he spent summers throughout his childhood. Dillz wears a large gold Magen David around his neck and incorporates images of Israel and Hebrew words into his songs.

By constantly pushing himself forward – leaping onstage the moment the opportunity is offered, showing up at parties and events to which he may not have been invited – this Israeli-American rapper from New Jersey seems poised on the brink of super stardom.

He has already appeared with Jewish superstars like Matisyahu, as well as with such high profile rappers as Snoop Dogg, Drake and underground freestyle legend C-Rayz Walz. There is a character in the NBA football game NBA 2K11 named after Dillz, and he’s worked with RZA of Wu Tang Clan fame.

If there is a Jewish current pop culture trivia game, Dillz should definitely be in it.  He told The Jewish Press how he has that claim.  “I was working with RZA at Rock the Bells (the largest U.S. annual Hip Hop event), when RZA told me to join him at the BET Hip Hop Awards.”  BET is the Black Entertainment Television channel, and the Hip Hop Awards are watched by millions.

He was in the right place at the right time: Dillz became the first Hip Hop artist to walk the red carpet at the BET Hip Hop Awards wearing a kippah.  And Dillz was even featured in a Cyphers segment (where there’s an eclectic mixing of new artists doing freestyle rapping) of the Awards program. He scored another first: first BET Cypher star whose rap included Hebrew.

There is a fear of interaction between both due to misunderstanding and miscommunication. I would love to see both groups come together for a concert and dance with each other. We both come from very similar struggles like slavery and persecution, and we both pride ourselves in independence and hard work.

As he humbly points out, Dillz has combined the best and the worst of both worlds: he’s been a Jewish criminal drug addict, and now he’s becoming a star in the Black music world of rap and hip-hop who is an observant, proud Jew.

A trilingual rapper and rhymer – he is also fluent in Spanish, Dillz incorporates humor and hustle into his creative work.  He has packed more angst, personal growth and physical traveling into his 31 years than many aged professionals, but it is his ability to “hustle” that propels Dillz forward. 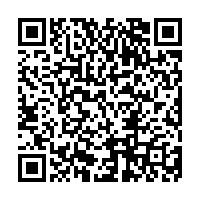