Chloé Simone Valdary started the group Allies for Israel at the University of New Orleans, where she is a sophomore.  Although not Jewish, she became alarmed while researching a paper she chose to write about the Arab-Israeli conflict during her freshman year, and she resolved to do what she could to fight Jew-hatred.  When Valdary found out about the BDS event that is taking place tonight, at Brooklyn College, the goal of which is to portray Israel as an “Apartheid State,” and an “evil occupier,” she wrote the following.

Letter to the Jews of Brooklyn:


I can neither scream nor shout through the ink that flows on this page. You can not see the expression on my face as I write this nor feel the intensity, the rate at which I type. But I pray that these words be made manifest through the actions you take. I pray that the absence of noise on this hollow page be consumed by the shouts you take to the streets of New York. Jews of Brooklyn, take your place. It is not time for timid cowardice, for paralyzing fear that too often stops those who would otherwise speak from doing so. It is time for the trumpet blast. It is time for the shofar. It is time to cry aloud and spare not. It is time to lift up your voices like instruments of sounding brass. It is time to speak.

You who have risen up out of the ashes of Auschwitz and Dachau, take your place. You bear the weight of six million souls whose memories you carry, who must never be forgotten. The legacy of centuries of pogroms and expulsions displays its ugly head before you. Take your place. Oh that the victims of that Crystal Night could see you now! That they could take solace in knowing that their sons and daughters rose and made known through thunderous noise their protest against those who would destroy them! Take your place!

Do not fear the dissenting naysayer who does not believe in your existence, let alone your right to speak. Nor be faint of heart for time is running out. Do not fear the bombastic speeches of the evil anti-Semites, for though they stand as giants before you, their voices will soon fade and you will triumph just as the young boy with the slingshot did in times past. ‘Who are you that you should be afraid of a man that will die, or of the son of man that will be made as grass?’ Fear not the tiny voice nagging at you, whispering that you will fail. Fear not your own power. It is tremendous. Embrace it and you will change the world. Remember that G-d is the judge of all and your cause is just. Take your place.

For the moment is now and it will never come again. 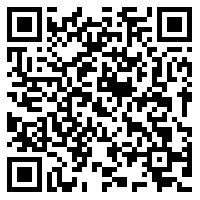