The Brooklyn College political science department is officially and emphatically endorsing an on-campus Boycott Divestment and Sanctions (BDS) anti-Israel program at which Brooklyn College students and the public will be forcefully encouraged to endorse and promote BDS against the state of Israel.

The featured speakers at the February 7 event will be Omar Barghouti, the co-founder of the global BDS movement who falsely claims that Israel is an Apartheid State with a “separate legal system for non-Jewish citizens,” and Judith Butler, a virulently anti-Israel academic who speaks sympathetically of the terrorist groups Hamas and Hezbollah.

One focus of the BDS movement is the boycott of Israeli academics.  It seeks to bar Israeli academics from participation in journals, research, public lectures and teaching.  Yet Brooklyn College’s political science department is supporting this event without any qualifications.  In fact, other than BC’s Students for Justice in Palestine, the political science department is the only endorsing organization officially affiliated with Brooklyn College.

Ironically, given its promotion of an event that would silence academics, BC’s Poli-Sci department is defending its involvement in the event by invoking “academic freedom.”

There are two problems with this: first, the contradictory juxtaposition of academic freedom and a ban on professors because of their national origin; and second, a point repeatedly mentioned by the student leaders, the fact that the event has nothing to do with the free exchange of ideas.  Instead, it is a heavy-handed promotion of only one side of an extremely divisive issue.

According to Jeremy Thompson, the school’s official spokesperson, the Brooklyn College administration supports the political science department’s decision to engage in this event as it supports the right of “every department, faculty member and student group to choose what events they want to be associated with.” However, Thompson said, the school itself is not endorsing the event.  Thompson explained that the school’s official position is not to endorse the views of any speaker at a school event.  When pressed, Thompson agreed that even if President Obama were speaking at a BC event, the administration would not support or endorse that event.

In contrast, the political science department is not only sponsoring the event, it has publicly and officially endorsed the views of the speakers.  Thompson was quoted in the New York Post on Sunday, saying that just because the political science department is sponsoring the event, it does not necessarily mean it is endorsing the event.  But the day after that article aired, Thompson told The Jewish Press, all the flyers and notices for the event were changed to reflect those who had been previously listed as “sponsors” to being listed as “endorsers.”  Got it.

From the time the story of the Brooklyn College pro-BDS event broke, most of those quoted or publicly speaking out have been trustees or professors or pro-Israel professionals.  By and large, the focus of those outside of the student world is that the BDS event should not be held at Brooklyn College at all.  Most agree that the BDS movement, and in particular the two speakers, Barghouti and Butler, are not content with merely criticizing Israel, but rather want Israel to disappear as a Jewish State.

Jeffrey Wiesenfeld, a trustee of the City Univerity of New York system, of which Brooklyn College is a part, penned a scorching opinion piece in the Algemeiner.  It’s headline: “Taxpayer Funded BDS at CUNY is Illegitimate, Racist and Anti-Semitic.”

And Carrie Idler — an adjunct professor in the BC speech and communications department, who attended Brooklyn College, as did her husband, three of her four siblings, as well as her children — took exception to the idea that hosting the event at Brooklyn College is appropriate because it embodies ‘freedom of speech.’”

Idler told The Jewish Press, “boycotting academics is the opposite of free speech.  It symbolizes the silencing of people based on their race and religion.”  What’s more, she added, “it smacks frightfully of the same intolerance that Jewish Academics met in the early to mid-nineteen thirties throughout Europe as the Nazis rose to power.  No one spoke up then, and we know how badly that turned out.  I, therefore, know that if I do not speak up now I will be complicit.” 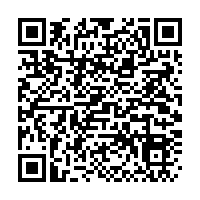