Queen Rania Al-Abdullah of Jordan has commissioned a jeweler in Calcutta, India to make shoes for her out of gold.

The 22-carat gold shoes will each weigh 750 grams, and will be encrusted with diamonds and topaz, according to Irish news site breakingnews.ie, citing Bengali daily newspaper Anandabazar Patrika.


The sites reported that while the queen is accustomed to wearing shoes utilizing gold threads on leather, this time the shoes will be made of solid gold. Rania has already paid an advance of almost $54,000 for the shoes, according to breakingnews.ie, with the custom footwear expected to come to a significantly higher total price.

The news comes as Jordan’s King Abdullah II began a new push for a Palestinian state on land within the State of Israel. On January 17, US President Barack Obama met with the Jordanian leader in the White House to strategize their next steps in bringing Israel and the Palestinian Authority to direct negotiations. The get-together came just a week after the first Jordanian-brokered meeting between Israeli and Palestinian Authority envoys in months.

Aside from relations between Israel and the Palestinian Authority, the King and the President discussed the effects of the Arab Spring on Jordan.

At a press conference following the meeting, King Abdullah thanked the President for “the economic support that you’re showing Jordan in this very difficult time,” and noted that as Arab revolution sweeps the Middle East, “the economy and the situation that challenges the livelihood of Jordanians is very, very important”. 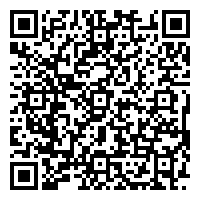