The leaders of two of Israel’s largest political parties are fighting for their political lives, with one contending with challengers from within and the other facing a criminal indictment.

Two years ago, Livni led Kadima in general elections that gave the party the highest number of Knesset seats, but her inability to build a coalition allowed Likud to lead the government under Prime Minister Binyamin Netanyahu. Since then, Livni and Kadima have gradually faded; in recent weeks, various polls have even forecasted a major decline for Kadima, with many of its voters preferring the party that new political entrant Yair Lapid intends to create.

In her announcement on Wednesday, Livni said that only she could lead Kadima to victory over Netanyahu and the Likud in the next general elections. She will face stiff competition, however, from former defense minister Shaul Mofaz, who narrowly lost a bid for the Kadima leadership last time. Mofaz welcomed the announcement of party primaries in March, declaring Livni’s tenure at the top of the party over.

The accusations relate to alleged offenses dating from 2001 to 2008. Prosecutors say Lieberman set up straw companies to launder millions of shekels that he did not report to tax authorities.

Following the pre-indictment hearings, Weinstein could take several months to reach a decision. The decision would likely have significant political consequences, as Lieberman has said that he would step down as Foreign Minister and leave the Knesset if he is charged. 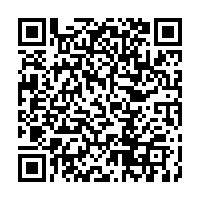