WASHINGTON – Detractors of J Street, which bills itself as the “pro-Israel, pro-peace” lobbying organization, like to portray the organization’s leader, Jeremy Ben-Ami, as so far to the left of mainstream American Jewish opinion as to be out of bounds.

If they think Ben-Ami is too much of a lefty on Israel, wait till they meet J Street’s rank and file.

At the organization’s conference in Washington this week, which organizers say drew 2,400 people, the crowd was emphatic in its insistence on Palestinian rights, offered only weak, scattered applause for an Obama administration official’s line about America’s strong support for Israeli security, and complained that more Palestinians should have been featured on conference panels.

For Arnold Moses, an activist in his 70s who came to the conference from Reston, Va., J Street just wasn’t reflective of his politics. “They’re too kind to the Israelis,” he said of J Street. “Obama’s too soft on Israel. The Palestinians need to get out of the jail they’re in.”

Activists from the traditional pro-Israel camp have seized upon such sentiment as evidence that J Street is not pro-Israel but pro-Palestinian. They question the organization’s funding sources, its association with certain Arab and far-left organizations, and its advocacy of U.S. pressure on Israel.

But in J Street’s view, this misses the point. For Ben-Ami and J Street supporters, being pro-Palestinian is not incompatible with being pro-Israel. In their mind, standing up for Palestinian rights, criticizing Israel’s policies in the West Bank and advocating for more pressure on the Israeli government is a way of supporting Israel by helping, or forcing, Israel to become the kind of place they believe it ought to be.

“We don’t view this as a zero-sum conflict,” Ben-Ami said Monday in a question-and-answer session with reporters. “You can be pro-Israel and be an advocate for the rights of the Palestinian people.”

This approach explains why many audience members applauded when a questioner on one panel asked why the United States doesn’t impose economic sanctions on Israel if Israeli settlements in the West Bank are a violation of the Geneva Convention. It’s why they clapped when panelist Marwan Bishara, an Al Jazeera political analyst, wondered aloud why Dennis Ross, the Obama administration’s senior envoy on Middle East issues, was invited to the conference at all. It’s why the introduction of New York Times columnist Roger Cohen, a fierce critic of U.S. aid to Israel, drew enthusiastic whooping before he had even uttered a word.

For this crowd, the Israeli government is to blame for the lack of peace in the Middle East. Their main beef is with the traditional pro-Israel camp, not with the Palestinians.

“I would have liked to see an Israeli uprising of the people against our government,” Ron Pundak, director general of the Peres Center for Peace, said in a panel discussion Sunday about the implications of the uprisings in the Arab world.

“We don’t have today an Israeli partner or leadership,” Pundak said to applause. The Israeli people should “get rid of this terrible government which today is governing Israel.”

Ben-Ami wasn’t entirely comfortable with every speaker at the conference. But borrowing a line long recited by the New Israel Fund – another Jewish organization that has come under heavy criticism for its support of Palestinian groups and the Israeli organizations that help them – Ben-Ami said J Street is committed to having an open conversation, including with parties with which it disagrees.

That’s why, he said, he invited Jewish Voice for Peace, an organization classified by the Anti-Defamation League as one of the top 10 anti-Israel groups in the United States and which promotes the Boycott, Divestment, Sanctions movement targeting Israel, even though, Ben-Ami says, he and J Street are against the BDS campaign.

If any Jewish voices were absent from the conference, it was those on the right side of the political spectrum. Even centrist voices were few and far between. Their absence became glaring as panelists at session after session agreed with and applauded one another.

In the lineup at J Street, the most right-wing speakers seemed to be Ross, who represents a White House criticized by many American Jews as too left-wing on Israel, and Nachman Shai, an Israeli Knesset member from Kadima, whose centrist party leads the opposition to the right-wing coalition of Prime Minister Benjamin Netanyahu.

Judging from the panelists and the crowd’s reaction to their remarks, even Ben-Ami would find himself on the right end of the J Street spectrum, with his positions supporting sanctions against Iran and opposing the BDS movement, and his red line against J Street associating with those who deny Israel’s right to exist.

When Ben-Ami told reporters, “This is unapologetically and unabashedly a pro-Israel organization that believes in the state for the Jewish people,” he spoke while sitting in the same chair where an hour earlier a young Jewish J Street attendee was casually chatting with a friend about how he considers himself an anti-Zionist. For his part, Ben-Ami claims to be the pole at the center of J Street’s “big tent.”

The crowd at the conference, the organization’s second since its inception about three years ago, was hardly monolithic. It included men and women in kipot and the odd woman in a hijab; Israeli politicians and Palestinian journalists; gray-haired rabbis from California and college students from Vermont, including non-Jewish ones.

The conference’s location at the same site as the annual spring policy conference of the American Israel Public Affairs Committee – the Washington Convention Center – begged comparisons between the two. J Street sees itself as the left-wing alternative to AIPAC, while AIPAC insists it is centrist, not right wing, and has been waging a behind-the-scenes battle to malign and sideline J Street ever since its creation.

The battle in the Jewish community over whether or not J Street is kosher extends to the halls of Congress and the Knesset. The Israeli Knesset members who came to the conference were slammed in the Israeli media for their decision to participate, and Michael Oren, the Israeli ambassador to the United States, declined to attend.

Though some 60 Congress members came to the organization’s gala dinner Monday night, it was a fraction of the number that regularly show up for AIPAC’s gala dinner.

One former J Street ally in Congress, Rep. Gary Ackerman (D-N.Y.), publicly severed ties with the organization in January when J Street petitioned the Obama administration not to veto a UN Security Council resolution condemning Israeli settlements. He called J Street “so open-minded about what constitutes support for Israel that its brains have fallen out,” saying in a statement, “America really does need a smart, credible, politically active organization that is as aggressively pro-peace as it is pro-Israel. Unfortunately, J Street ain’t it.”

Nevertheless, by any measure, the massing of 2,400 people for a conference by a 3-year-old Jewish organization is an indication that in the future this “pro-Israel, pro-peace” lobby may have greater influence over U.S.-Israeli issues – or, at least, the discourse within the Jewish community. 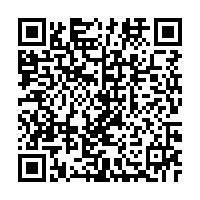