The Rolling Stone’s James Ball earlier this week interviewed Pink Floyd co-founder (who has since been ditched from the band) Roger Waters on his myriad bizarre and offensive views, including his zealous support for the Russian invasion of Ukraine, hence the headline, Roger Waters: “I’m on a Ukrainian ‘Kill List.’”

But as the interview rolled on (no pun intended), Rogers also said that the “Zionist settlers” who invaded a land full of indigenous Arabs, “Those people are not from there.” Meaning the Jews who returned to the Land of Israel are not genetically related to the Jews who left it. It’s a common theme among antisemites who are also anti-Zionists. Why, even some Israeli academics, such as Shlomo Sand, an Israeli Emeritus Professor of History at Tel Aviv University, who, while acknowledging “the affinity between Jews and the holy land,” has said: “I don’t think the religious affinity to the land gives you historical right.”


My editor WhatsApped me a link to the Elder of Zion blog, where Elder announced: “Roger Waters proves he’s an antisemite, again,” where elder cited the only acceptable conclusion that was offered by Ball: “Waters is an example of how we can construct our own narrative and twist the world to fit in, with no amount of mainstream media, propaganda, or even real-world facts and evidence able to let any light in.”

So, the bulk of the interview is about things other than Israel and Jews, because Roger Waters has enough crazy stuff for ten bizarre Rolling Stone interviews, and this is the magazine that revealed back in 2014 that Taylor Swift has a vintage baseball collection that she keeps in a fish tank, and in 2007 published a cover story about Keith Richards and his spiritual son Johnny Depp.

Ball discovers toward the end of the Roger Waters interview that the 1996 US Rock and Roll Hall of Fame inductee does not accept the standard IHRA (International Holocaust Remembrance Alliance) definition of antisemitism, which includes the items, “Denying the Jewish people their right to self-determination, e.g., by claiming that the existence of a State of Israel is a racist endeavor; Applying double standards by requiring of it a behavior not expected or demanded of any other democratic nation; Using the symbols and images associated with classic antisemitism (e.g., claims of Jews killing Jesus or blood libel) to characterize Israel or Israelis; and Drawing comparisons of contemporary Israeli policy to that of the Nazis.”

I know, I know, you’re thinking Saudi Arabia and so many other Muslim countries where Jews aren’t even allowed to visit, never mind enjoy equal rights, but we all know it’s a futile exercise. In fact, I think this entire interview is an exercise in futility, but you know, my editor said I should cover it, and you are reading it, so who am I to complain?

Waters says that what he criticizes is “the fact that they are a supremacist, settler colonialist project that operates a system of apartheid.”

Ball challenges him, saying the Jewish people have a history in the region of Israel that goes back millennia, I say. Doesn’t that make “settler” quite an offensive term?

“No, it’s not. Those people are not from there. They are not the descendants of indigenous people who’ve ever lived there,” Rogers counters, with the certainty only a deeply invested antisemite possesses. He holds that “this is not only untrue for many Israeli citizens, it also serves to minimize the horror and suffering that came before the founding of Israel and the desire for a Jewish homeland that instilled.”

Finally, Ball notes that in 2020, Waters sang the lyric “We’ll walk hand in hand and we’ll take back the land, from the Jordan river to the sea.” Was Waters aware that “from the river to the sea” is a term often used to describe either the destruction of Israel or the relocation of all of Israel’s Jewish population to somewhere else — and thus received with horror by many Israeli people and Jewish people alike?

“No, bollocks. It’s just a geographical description of the land between the Jordan River and the Mediterranean Sea. It has no connotation for me apart from that,” Waters says, with the calm denial of an Adolf Eichmann insisting all he did was offer cheap transportation for European Jews looking to explore Poland. “Nobody’s suggesting that they all have to leave, which is what they suggested to the indigenous people there in 1948.”

What can I tell you? History doesn’t matter to this repugnant, wrinkled rock-n-roll icon, and neither do facts or fairness. Why we cover his clear evidence of deep-seated mental illness is beyond me. But you clicked and read it, so, that’s probably why.

Or, as James Ball put it: “It leads us to a nihilistic place, where we are only able to feel compassion for victims that fit our personal narrative, minimizing or even actively denying the suffering of others.” 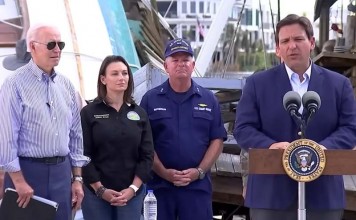 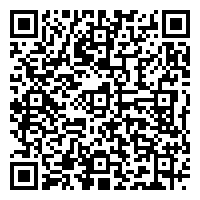