The United Methodist General Board of Pension and Health Benefits (GBPHB) voted unanimously against divestment from three companies which do business in Judea, Samaria, and the Golan Heights, according to a report by the Israel Action Network, a project of the Jewish Federations of North America and the Jerusalem Center for Public Affairs.

Caterpillar, Motorola Solutions, and Hewlett-Packard came under attack by several bodies within the United Methodist Church, which recommended the religious organization sell all their shares in the companies.


GBPHB commended the companies for their human rights policies and codes of conduct.  The Caterpillar Company was acknowledged for providing equipment which “improves the lives of the Palestinian people,” according to the Israel Action Network report.  It was also noted that Caterpillar does not sell construction equipment to Israel, but rather to the US Foreign Military Sales Program.  Hewlett-Packard was complimented on its record of environmental friendliness, and Motorola Solutions was praised for its work in conflict areas such as Eastern Congo.

The World Council of Churches and United Church of Christ have also adopted divestment policies.  The Evangelical Lutheran Church in America rejected a pro-divestment resolution in 2005. 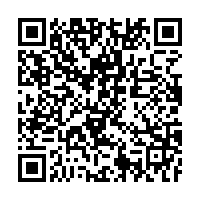