Israeli Prime Minister Benjamin Netanyahu on Monday sought to remind world leaders gathered in New York City for the 69th United Nations General Assembly that the threats Israel faces today could be their own problems tomorrow.

“Israel is fighting a fanaticism today that your countries might be facing tomorrow,” Netanyahu said.

In a wide-ranging speech to the 193-member world body that included not only a focus on Islamic terrorism but also on a nuclear Iran and the Israeli-Palestinian conflict, Netanyahu said all Muslim extremists – from Islamic State to Nigeria’s Boko Haram to Hamas to Iran – are branches of the same “poisonous tree.”

“Some are radical Sunnis, some are radical Shi’ites,” Netanyahu said. “They all seek to create ever-expanding enclaves of militant Islam where there is no freedom and no tolerance.”

Netanyahu “gave the outstanding speech of his career, the one that we who have known him for 30 and more years have been waiting for through his several prime ministries,” said Daniel Pipes, president of the Middle East Forum.

“He spoke with eloquence and vision about a moral issue of the greatest importance, namely Islamism, as no other leading politician has ever done,” Pipes told JNS.

As expected, one of the biggest themes throughout the week long UN gathering was a focus on the threat posed by Islamic State to the international world order, with nearly every major world leader mentioning the U.S.-led international efforts underway to combat the terrorist group in Iraq and Syria.

President Obama, in his UN speech on Sept. 24, referred to Islamic State as “the cancer of violent extremism.”

“The only language understood by killers like this is the language of force,” Obama said, alluding to the recent launch of air strikes on Islamic State targets in Syria by the U.S. and several Arab allies.

“So the United States of America will work with a broad coalition to dismantle this network of death.”

The coalition of allies, which includes Arab states such as Jordan, Saudi Arabia, the United Arab Emirates, and Qatar, as well as several Western countries like France, the UK, and Australia, has reshuffled regional alliances in the quest to defeat the new threat emerging in the Middle East.

“Islamist extremism believes in using the most brutal forms of terrorism to force people to accept a warped world view and to live in a quasi-medieval state,” British Prime Minister David Cameron said in his UN address. “We need Muslims and their governments around the world to reclaim their religion from these sick terrorists.”

Syrian Foreign Minister Walid Muallem used his UN speech to try to capitalize on this shift in global priorities.

“Syria reiterates that it stands with any international effort aimed at fighting and combating terrorism,” Muallem told the world body, referring to the anti-Islamic State coalition.

Syria’s top patron, Iran, also sought to capitalize on the focus on Islamic State by positioning itself as an ally in the fight against extremism.

“I deeply regret to say that terrorism has become globalized: from New York to Mosul, from Damascus to Baghdad, from the easternmost to the westernmost parts of the world, from al Qaeda to Daesh [the Arabic acronym for Islamic State],” Iranian President Hassan Rouhani told the UN.

While the U.S. has so far refused to officially work with Iran on confronting Islamic State, Iran has reportedly sent Revolutionary Guard troops to Iraq to fight Islamic State under the command of Maj. Gen. Qasem Solaimani.

But in a possible indication of a thawing of tension between the West and Iran, Rouhani met with the UK’s Cameron while in New York, marking the first meeting between the leaders of the two countries since Iran’s Islamic Revolution in 1979. 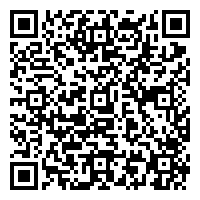