Amid a flurry of high-level diplomatic activity over a fresh bid to bring Palestinian statehood before the UN Security Council, a new survey of more than 2,200 foreign policy experts, academics, and government officials ranks the Israeli-Palestinian dispute below such issues as terrorism, Iraq, Syria, Afghanistan, Ukraine, and the South China Sea.

On Monday a senior UN official warned the Security Council that the quest for peace between Israelis and Palestinians had reached a “dramatic moment.”

Special coordinator for the Mideast peace process Robert Serry said it was “more necessary than ever” for leaders “to salvage a peaceful and secure future for their people.”

The escalation in rhetoric and diplomacy coincided with the release of a Council on Foreign Relations survey of potential conflicts that should be prioritized by the U.S. in 2015 – and the Israeli-Palestinian issue came in at number 10.

Contingencies deemed to be of higher priority were, in order of importance: the intensification of the conflict in Iraq, a large-scale terror attack on the U.S. or ally, a cyber attack on U.S. critical infrastructure, a severe North Korean crisis, the threat of an Israeli military strike against Iran; armed confrontation in the South China Sea, escalation of the Syrian civil war, violence in Afghanistan, and increased fighting in eastern Ukraine.

Although it viewed an escalation of Israeli-Palestinian tensions as highly likely to occur, the survey deemed it as having only a moderate impact on U.S. interests.

With Jordan expected to submit a draft resolution setting a two-year deadline for creating an independent Palestinian state to the Security Council as early as this week, Secretary of State John Kerry has been busy. He met with Russian Foreign Minister Sergei Lavrov on Sunday and with Israeli Prime Minister Benjamin Netanyahu on Monday in Rome, before heading to Paris for discussions with his French, British, and German counterparts.

Then late Monday night he arrived in London ahead of talks on Tuesday with PA negotiator Saeb Erekat and Arab League secretary-general Nabil al-Arabi.

After his meeting with Kerry, Netanyahu reiterated Israel’s opposition to the UN initiative.

“[A]ttempts of the Palestinians and of several European countries to force conditions on Israel will only lead to a deterioration in the regional situation and will endanger Israel,” he said. “Therefore, we will strongly oppose this.”

The 15-seat Security Council comprises five permanent, veto-wielding members and 10 others that serve for two-year periods. A resolution requires at least nine votes to pass.

If a vote on the Jordanian draft is not held immediately, the makeup of the new Security Council starting January 1 will further strengthen the ranks of “Palestine” supporters.

Five of the 10 rotating seats are changing occupants. Among those leaving is strongly pro-Israel Australia while newcomers include vocally anti-Israel Venezuela.

Members expected to support the text include Russia, China, Jordan, Chad, Chile, Angola, Venezuela, and Malaysia; with Nigeria, Spain, and New Zealand likely leaning in that direction as well.

Even if the nine-vote threshold is met, however, the U.S., as one of the five permanent members, could veto the bid.

The U.S. has traditionally opposed any move to use the UN to bypass both parties’ pledges in signed agreements to seek a negotiated settlement to the conflict.

But pressure has been mounting on Washington, as parliaments in several European allies have voted in favor of recognizing a Palestinian state. Moreover, some of strongest Arab supporters of Palestinian statehood are members of the U.S.-led coalition against the Islamic State of Iraq and Syria (ISIS), whose unity the administration is keen to maintain. 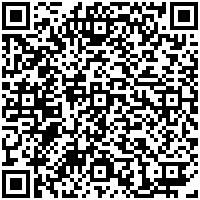