JERUSALEM – With Egyptian civil unrest continuing between supporters and opponents of deposed President Mohamed Morsi, Israeli military units beefed up their aerial surveillance along the entire border with Egypt. That frontier stretches from the Red Sea resort city of Eilat across the southern Negev desert to the Gaza Strip.

By Tuesday morning Israeli intelligence had issued several warnings about impending terrorist attacks aimed at Israel emanating from the Sinai Peninsula, adjacent to Israel’s southern border. That is where Egyptian police and army units are waging daily battles against an amalgam of pro-Morsi Islamic Bedouin tribes, al Qaeda terrorists, and Hamas operatives sent from Gaza. With the fall of the Morsi regime, Hamas, which depended on financial and military support from Morsi’s Muslim Brotherhood, finds itself buckling to Supreme Commander of the Egyptian Armed Forces General Abdul Fatah al-Sisi, who ordered a complete clampdown on Hamas’s underground tunnels and closed the border between Rafah in the Gaza Strip and Egypt. Sources say that the Hamas government, which is also battling pro-Iranian Islamic Jihad activists for control of Gaza, is beginning to run low on fuel supplies and the cash it needs to pay its militias and political operatives.


High-ranking IDF officials told Haaretz earlier this week that Sinai-based terror groups have several options at their disposal, including firing Grad-like missiles from the northern Sinai Peninsula across the entire length and breadth of Eilat. Last Thursday, a Sinai terror cell fired several rockets at Eilat, which miraculously fell out of harm’s way. However, Eilat tourism officials have quietly conveyed their growing concerns about the growing threat from Sinai, just as the summer tourism season moves into high gear. During late July and August tens of thousands of Israeli vacationers, as well as visiting tourists from France and Britain, typically jam the city’s hotels, beaches and restaurants. “Eilat already has a problem with attracting foreign tourists from abroad during the course of the entire year. If we are attacked by missiles and someone gets hurt or killed, this will all but destroy Eilat as a foreign tourist destination for a long time,” a high-ranking tourism official told The Jewish Press.

Channel 10 News reported that despite the presence of an Iron Dome anti-missile battery on the outskirts of Eilat, the Israeli military has limited defensive and offensive capabilities in the region due to the mountainous terrain and terms of the Israeli-Egyptian peace treaty. That accord prevents the IDF from pursuing terror groups that fire into Israel from Sinai. Still, the IDF has armed its advanced aerial drones with missiles that are capable of firing at terror cells from inside Israel across the border into Egypt.

Israeli military officials have also reportedly told their Egyptian counterparts who are close to General Sisi of their concern about the future of the tenuous cease-fire with Hamas. Morsi personally brokered that truce in the aftermath of incessant rocket attacks against Israel last year. Several Israeli newspapers have reported in recent weeks that Hamas has been testing new homemade rockets that highlight the same range as the Iranian-made Fajr-5 projectiles that were fired last year at the Tel Aviv region.

On Tuesday two authoritative Arab newspapers reported that General Sisi is also attempting to clamp down on an influx of possible jihadist fighters and suicide bombers from Syria, who could plunge Egypt into the same type of violence that has already killed an estimated 100,000 people in Syria. The Egyptian Independent said that Cairo Airport authorities denied a Syrian Airlines flight originating from the port city of Latakia from offloading its passengers. The paper also reported that dozens of other Syrians and Palestinians who were on a Middle East Airlines flight were also denied entry into Egypt.

“Unfortunately, I was working in a place which I thought had credibility, but it is credibility based on a despicable political position,” said Wessam Fadel. “The channel refused to show interviews we had conducted in Tahrir despite the insults we had been subjected to for holding the microphone of Al Jazeera.” 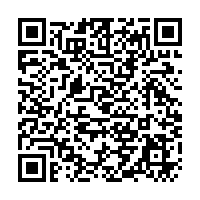