Attorneys for some 50 victims of terror who were affected by a suicide bus bombing in the Bulgarian resort of Burgas in 2012 — including relative of five Israelis who died in the attack, and a Bulgarian bus driver, as well as another 40 people who were wounded — have triggered a search for Hezbollah assets in the amount of $100 million in court-ordered compensation for the families.

The suicide bomber in the Burgas attack was the son of a Hezbollah financier, according to the court proceedings in Bulgaria. Two male terrorists sentenced to life in prison in absentia for their part in the attack, were organizers of the attack.


In addition to a prison sentence, the two terrorists will have to pay more than $67 million in compensation to the families, if they are caught. When the total compensation package is totaled, that figure could reach as high as $100 million, according to a report by The National.

“We are looking all over the world for assets in each part of the world, in every country,” said Yaki Rand, attorney acting on behalf of the families. “I don’t think it’s a good idea to share with everyone, including Hezbollah, our methods and our system of finding these assets. As you can imagine, we have techniques on how to find them.”

Rand has filed claims in the Israeli court system against two Iranian banks and the Islamic Republic of Iran, which the victims allege failed to take steps to prevent the attacks.

In addition, an Iranian airline is being sued as well; the airline provides logistical support and transports weapons on behalf of Hezbollah.

Of additional deep concern is the US claim that Hezbollah has been stockpiling ammonium nitrate — the chemical used in the Burgas suicide bombing — in various depots in Europe.

Ammonium nitrate is the same chemical that was stockpiled in a warehouse in Beirut earlier this year, that became destabilized and exploded, tearing through the entire Port of Beirut. The blast was so intense it flattened at least a third of the Lebanese capital, leaving utter destruction in its wake. 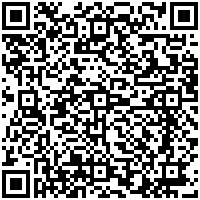