Democratic leaders in Congress believe the Iran nuclear deal is secure despite nearly unanimous Republican opposition and intense lobbying efforts to defeat it.

“More and more [House Democrats] have confirmed to me that they will be there to sustain the veto,” said House of Representatives Minority Leader Nancy Pelosi (D-Calif.).

President Obama has promised to veto any Congressional disapproval of the deal. In order to override the veto, at least 44 Democratic House members and 13 Democratic members of the Senate must join Republicans in opposing the deal.

Many Jewish Democrats who hold powerful positions on their respective chambers’ foreign affairs committees, including U.S. Sen. Chuck Schumer (D-N.Y.) and U.S. Rep. Eliot Engel (D-NY), are still on the fence about the deal.

“There’ll be a lot of pressure on Democrats to support the president,” Engel told Reuters.

Schumer has come under intense pressure from constituents to oppose the deal, with his office being flooded with more than 10,000 phone calls over the past two weeks, Politico reported.

“I haven’t made up my mind,” Schumer told Politico. “There are expectations all over the lot. I’m doing what I’m always doing when I have a very difficult decision: Learning it carefully and giving it my best shot, doing what I think is right. I’m not going to let pressure or politics or party get in the way of that.”

As for Khamenei, his book, while using the ayatollah’s usual incendiary descriptors for Israel such as “a cancerous tumor,” does not recommend “classical wars” to wipe the Jewish state off the map, but instead advocates “a long period of low-intensity warfare designed to make life unpleasant if not impossible for a majority of Israeli Jews so that they leave the country,” wrote Iranian-born author Amir Taheri.

Khamenei states that his plan is rooted in “well-established Islamic principles” rather than the “European phenomenon” of anti-Semitism, according to Taheri.

“One such [Islamic principle] is that a land that falls under Muslim rule, even briefly, can never again be ceded to non-Muslims,” Taheri wrote. “What matters in Islam is control of a land’s government, even if the majority of inhabitants are non-Muslims.

“His calculation is based on the assumption that large numbers of Israelis have dual-nationality and would prefer emigration to the United States or Europe to daily threats of death. Khamenei makes no reference to Iran’s nuclear program. But the subtext is that a nuclear-armed Iran would make Israel think twice before trying to counter Khamenei’s strategy by taking military action against the Islamic Republic.

“In Khamenei’s analysis, once the cost of staying in Israel has become too high for many Jews, Western powers, notably the U.S., which has supported the Jewish state for decades, might decide that the cost of doing so is higher than possible benefits.”

The book, according to Taheri, “has received approval from Khamenei’s office and is thus the most authoritative document regarding his position on the issue.” 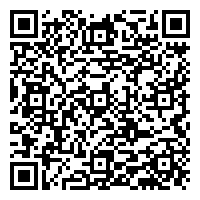