The International Atomic Energy Agency (IAEA) said on Wednesday that Iran is still in violation of the 2015 nuclear deal by continuing to increase its low-enriched uranium stockpile.

As of Nov. 2, Iran had a stockpile of 5,385.7 pounds of low-enriched uranium, up from 4,641.6 pounds reported on Aug. 25, reported AP, which obtained a confidential document distributed to IAEA member countries.


Iran has also been continuing to enrich uranium up to a 4.5 percent purity, higher than the 3.67 percent allowed under the deal, according to the IAEA report.

In March, the IAEA warned that Iran was tripling its production of enriched uranium and dramatically increased the number of machines used to enrich uranium and make more nuclear fuel at a faster pace.

Also in the new IAEA report, according to Reuters, Iran has installed advanced centrifuges in the underground Natanz uranium-enrichment facility. The 2015 deal stated that the centrifuges can only be used for first-generation IR-1 machines. 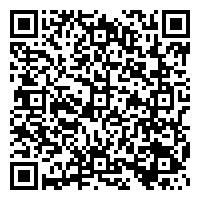