Iranian media reported on Sunday that the Islamic Revolutionary Guard Corps had seized an oil tanker in the Persian Gulf that Iran claimed was smuggling fuel for unnamed Arab states.

On July 4, British forces detained an Iranian oil tanker off the coast of Gibraltar, on suspicion of violating an E.U. embargo on the sale of oil to Syria. On July 19, Iran’s IRGC seized an empty British-flagged oil tanker, the Stena Impero, en route from the UAE port of Fujairah to Saudi Arabia. Iranian spokesmen from across the Iranian political spectrum expressed pride in the seizure of the vessel and praised the IRGC for the operation.


Following these incidents, Iranian spokesmen are reiterating the position that the regime has maintained for years: the Persian Gulf is Iranian sovereign territory, Iran is responsible for the Strait of Hormuz, and IRGC forces are carrying out legitimate and legal policing activity in them, to ensure shipping security and to protect Iran’s borders.

Iranian officials have provided various reasons for the detention of the British tanker, saying it violated Persian Gulf shipping regulations by entering via the exit lane, collided with a fishing vessel and turning off its navigation systems. All derive from the regime’s position that IRGC forces are carrying out legitimate and legal policing in the Gulf.

This Iranian position was explicitly reiterated as early as February, by IRGC Navy commander Gen. Alireza Tangsiri, and was emphasized further by Iranian President Hassan Rouhani in a conversation with Omani Foreign Minister Yusuf bin Alawi (Oman is a local ally of Iran). Rouhani reiterated this message in statements to French President Emmanuel Macron attempting to preempt the establishment of a European naval police force.

It should be noted that along with this position, senior regime spokesmen also emphasize their right to retaliation and reprisal operations to deter Western “piracy” against Iran.

This article will review Iranian officials’ statements expressing the regime’s position regarding the Persian Gulf and Strait of Hormuz, along with their acknowledgements that the seizure of the British tanker was retaliatory and explanation that it was based in international law.

The position that the Persian Gulf is Iranian territory was expressed clearly by Iranian naval commander Adm. Hossein Khanzadi in a comprehensive July 21 interview with the IRGC publication YJC. In the interview, Khanzadi said:

“Everyone already knows that today the era of bullying and meandering around in the sea is over, and the interests and sovereignty of nations must be respected. When we talk about any vessel, it is as if it were a piece of the country’s land … The Iranians have a nice saying: ‘People who live in glass houses shouldn’t throw stones at others.’ Thus, the English live in a glass house, [and I suggest] that they imagine what would happen if a stone is thrown at this glass house.”

“This [British] tanker violated both Iranian maritime law and international maritime law. It entered the Strait of Hormuz in the wrong lane, and turned off its navigation system. There may also have been English military forces on deck, which is banned on commercial vessels, and we are checking that. The IRGC Navy operated very professionally, and in an outstanding manner … Those who are forced to follow international law and maritime regimes [i.e. the West] must be bound by these laws so that others will follow them. If these laws are not followed in the global arena, this will definitely cause unrest that will threaten the interests of all countries.”

he full article is available at the MEMRI website. 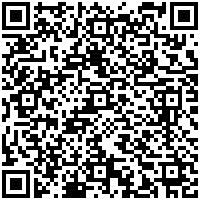