Russian Ambassador to the International Atomic Energy Agency (IAEA), Mikhail Ulyanov warned via Twitter on Friday that Iran has said it intends to enrich uranium up to 20 percent purity.

Ulyanov tweeted January 1 that IAEA Director-General Rafael Gross “reported to the Board of Governors . . . about intention of #Tehran to start enrichment up to 20%.”

Just 24 hours later, on Saturday the Islamic Republic of Iran confirmed its plans to enrich uranium up to 20 percent at its underground Fordo nuclear facility, near the Iranian city of Qom, “as soon as possible,” according to a report by The Associated Press.

The head of Iran’s Atomic Energy Organization, Ali Akbar Salehi said, “We are like soldiers and our fingers are on the triggers. The commander should merely command, and we shoot,” he said. “We are ready for this and will produce (20 percent enriched uranium) as soon as possible.”

Salehi confirmed Friday during a program on Iranian state television that the IAEA had received a letter from Iran’s envoy to the agency, based in Vienna, about Tehran’s new decisions, according to the Tasnim News Agency.

“The IAEA inspectors have been asked to come to Iran, as the country is going to break the seals on nuclear equipment under the IAEA’s surveillance in order to replenish the uranium gas capsules,” Salehi said.

Last month, the Iranian parliament approved a new law, dubbed the Strategic Action Plan to Counter Sanctions, which requires the Tehran government to scale back more obligations under the 2015 nuclear deal, the JCPOA, signed by Iran with six global powers. The United States withdrew from that agreement a year after Donald Trump entered the White House.

The new law passed by the Iranian parliament also requires the Atomic Energy Organization of Iran (AEOI) to produce at least 120 kilograms of 20 percent enriched uranium annually and store it in the country within two months after the adoption of the law, Tasnim News Agency reported.

The law further urges the AEOI to start the installation, gas injection, enrichment and storage of nuclear materials up to an appropriate enrichment degree within a period of three months using at least 1,000 IR-2m centrifuges, Press TV reported.

“Tehran has expressed its readiness to reverse the suspension of its commitments only if the US returns to the nuclear deal and lifts all sanctions without any preconditions or if the European co-signatories manage to protect business ties with Iran against Washington’s sanctions as part of their contractual obligations,” according to Tasnim News Agency.

Salehi said that the Atomic Energy Organization of Iran is bound to carry out the bills ratified by the Parliament and the orders issued by the administration.

The IAEA said in its statement that Iran informed the agency “to comply with a legal act recently passed by the country’s parliament, the Atomic Energy Organization of Iran intends to produce low-enriched uranium. . . up to 20 percent at the Fordo Fuel Enrichment Plan.”

The IAEA added that it has inspectors present in Iran on a 24/7 basis and “they have regular access to Fordo.” Iran has long been enriching uranium up to 4.5 percent, in violation of the JCPOA’s limit of 3.67 percent, and at present as enough low-enrichment uranium stockpiled for at least two nuclear weapons, according to military analysts. 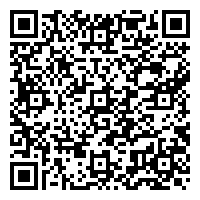