An explosion at an oil refinery in the southern part of Tehran on Wednesday caused flames to hit at least one tank of liquified gas at the site, according to Iranian state television.


Iran’s official Press TV reported the fire reached a tank of liquified gas at the Shahid Tondgooyan Oil Refinery in Shahr-e-Rey, sending spirals of thick black smoke into the sky, visible in the southern part of the Iranian capital.

Mansour Darajati, director-general of crisis management at the Tehran Governor’s Office, told reporters that the explosion and fire occurred due to a leak in one of the transmission pipelines inside the refinery, according to the semi-official Tasnim News Agency.

“Fortunately there have been no casualties so far, but we ask all passengers on the southern route of Rey to avoid the road leading to the refinery, and not to block the artery so that rescue vehicles can get to the scene,” Darajati said.

Firefighters from the refinery, the municipality and the crisis headquarters all worked to extinguish the flames, Tasnim reported.

“We hope we do not have a special issue due to the high safety factor in the refinery; firefighters are moving as fast as possible to prevent the fire from spreading further, because it has not yet been completely contained,” he added. 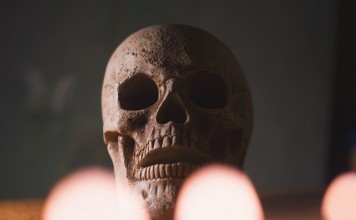