Demonstrators in Shiraz over the weekend shouted: “Not Gaza and not Lebanon, I give my life for Iran,” a slogan that reveals the public’s bitterness about the Iranian regime’s heavy investments in the endless war against Israel (and Saudi Arabia), which help bankrupt the country’s economy under merciless American sanctions.

On Sunday, Supreme Leader Ali Khamenei supported the government’s increase of gasoline prices, which caused the eruption of protests across the country. It was easy to appreciate the magnitude of the protests by the leader’s speech (Iran has disconnected its Internet connections, making it difficult to assess the real extent of the resistance): “Sabotage and arson are done by thugs, not our people. The counter-revolution and Iran’s enemies have always supported sabotage and breaches of security and continue to do so.” Which means that reports about hundreds of banks and gas stations being burned down to the ground are probably true.

The regime has admitted to one dead protester in Sirjan on Saturday, but reports that manage to get through to the west speak of hundreds of protesters killed by Iran’s long list of security forces. Khameini himself mentioned “several” dead demonstrators in his Sunday’s speech.

Khameini called on the government to take steps to ensure that the poor in Iran are not decimated by the astonishingly steep 50% rise in gas prices, and so President Rouhani on Monday told his cabinet, citing Mohammad Bagher Nobakht, head of Iran’s Planning and Budget Organization, and declaring confidently that “the Government will never use the fund collected by the petrol price rise and will distribute them to 60 million people living in poverty.”

Nobakht did mention that revenues from the new rationing and increased gas price would be distributed among more than 18 million households – about 60 million people. But there was a distinct Marie Antoinette flavor to this promise of aid: according to Nobakht himself, the aid offered would be between 50 and 205 thousand tomans per month – that’s $5 to $25 to you and me. And because of the inflationary effects of the steep gas price increase, the aid might as well be given in Monopoly money.

Iran Wire reported that videos that made it through the online curtain show protesters setting tires on fire and clashing with security forces. In some cities, people turned off their cars in the middle of the street and walked away, creating traffic jams. In Isfahan, protesters sat around the jammed cars drinking tea and smoking hookahs. But later on that day, an image emerged from Isfahan showing a body covered with blood in the street, reportedly killed by police. (See: Gas Price Protests Turn Ablaze Across Iran).

In Shiraz, things also turned violent when a young protester was shot and killed in front of a police station. Shiraz protesters cut CCTV wires in the streets, tore up pictures of Khamenei and chanted slogans against the police and the government.

On Monday, Parliament Speaker Ali Larijani said that the United States would gain nothing by encouraging riots and sabotage in Iran and setting the public wealth on fire.

So Iran is on fire. And it’s America’s fault. Some things just don’t change. 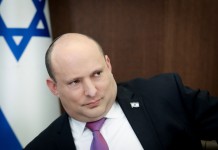 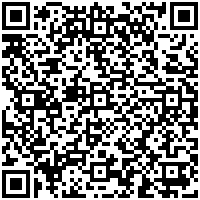