The ‘Saviz’ intelligence reconnaissance vessel was hit by a limpet mine according to the news outlet, which reported the ship has been stationed in the Red Sea “for the past few years to support Iranian commandos who are sent to escort commercial vessels.”


According to the NY Times, an American official said the Israelis had notified the United States that its forces had struck the vessel at about 7:30 a.m. local time.” The U.S. official who revealed the intelligence information spoke on condition of anonymity, stating the Israelis stated it was retaliation for earlier Iranian attacks on Israeli-owned cargo ships.

The Saviz, anchored off Yemen’s coast at the southern end of the Red Sea, has indeed barely moved in nearly four years; uniformed men have been spotted aboard the vessel and there were military-grade launches on the deck.

The Red Sea presents a geopolitical and physical choke point on global maritime trade, with the Suez Canal at its northern end and the Bab el-Mandeb Strait at the southern end, becoming a naval flashpoint when tensions rise in the region.

The Saviz is long known as a covert IRGC forward base; it was blamed for a missile attack in July 2019 by Iranian-backed Houthis on two Saudi Arabian supertankers near Bab el-Mandab in the Red Sea, according to the Arabic-language Alanbat news site.

Only one missile succeeded in a direct hit on the Saudi ‘Arsen’ supertanker, and its warhead only partially detonated, causing a 2 to 3-meter hole in the hull. Any deeper and the attack would have reached the two million barrels of oil being carried by the vessel, causing one of the worst environmental disasters ever.

Since October 2016, there have been multiple Iranian-instigated attacks on US, Saudi and UAE warships and tankers sailing through the Red Sea conducted by Houthis, who were trained in weapons and assault tactics by Iranian Revolutionary Guards and Hezbollah instructors. The Iranian-backed Yemeni militia was taught how to use anti-ship missiles, fast explosive boats, speedboats equipped with RPG launchers, drones and sea mines, according to Alanbat. 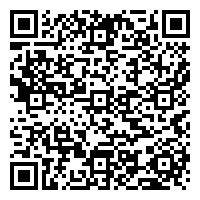