President Obama’s framework nuclear deal with Iran “is deteriorating before our eyes,” Sen. Lindsey Graham (R-S.C.) said on Sunday, predicting that any final agreement that does not require “anytime, anywhere inspections” of Iranian sites will never be approved by Congress.

Graham pointed to supreme leader Ayatollah Ali Khamenei’s insistence that Iran will not allow any foreign inspectors to visit military sites. That’s despite the U.S. saying that that the Iranians had agreed to International Atomic Energy Agency (IAEA) inspectors visiting any site, “anywhere in the country,” where nuclear activity is suspected.


Since the framework agreement was announced on April 2, the question of access to military facilities and the timing of the lifting of sanctions have emerged as major issues of dispute between the U.S. and Iran. That framework is meant to form the basis of a final agreement, to be reached by a June 30 deadline.

“Don’t think there’s a snowball chance in hell that Congress is going to approve this framework the way it’s set up,” Graham said on Fox News Sunday. “The ayatollah’s saying he gets immediate sanction relief with no intrusive inspections.”

Legislation before the Senate gives Congress the right to review a final Iran agreement and then vote to approve or disapprove the lifting of congressionally-mandated sanctions, which is central to the agreement. (A third option allows Congress to take no action.)

“I’m saying if there’s a final deal that doesn’t require anytime, anywhere inspections, that the Senate will not go along with that,” said Graham.

The South Carolina Republican, who is contemplating joining a growing field of 2016 GOP presidential contenders, said his core principles for a good deal would include “anytime, anywhere inspections of military/nonmilitary facilities” and that “you can’t lift sanctions until the behavior of Iran changes.”

Asked if he thought congressional rejection of a deal perceived as unsatisfactory would be sufficient to override a presidential veto, Graham said it would be – “because members of the Senate understand that this is the most consequential vote we will ever take and the Iranians can’t be trusted. They lie, they cheat.”

“I’ll wait and see how it looks on paper, but if you don’t have any time, anywhere inspections, forget about it,” he said. “I just don’t think any Democrat or Republican is going to agree to allow that to become binding.”

Also on Sunday, Iran’s supreme leader accused the U.S. of having fabricated the “myth” that Iran seeks nuclear weapons in order to characterize it as a security threat.

“The real source of threat is the United States of America, which creates insecurity through its interference in domestic and internal issues of other countries in the region and faces no inhibitory forces,” Khamenei told military leaders in Tehran.

Khamenei noted that a U.S. official had recently spoken again about keeping the military option on the table with regard to Iran’s nuclear activities, yet on the other hand Iran was being told to “stop its defensive progress.”

Urging the U.S. to stop such “silly” comments, he said Iran was prepared for any possible attack.

“The Islamic Republic has proved that it would defend itself powerfully,” he said. “The whole nation would come together like a fist and face aggressors.”

The supreme leader’s latest rhetoric comes shortly before negotiators from Iran, the U.S. and five other countries are due to meet in Vienna in an ongoing effort to finalize a comprehensive nuclear deal by the end of June, based on a “framework” agreement announced early this month.

As noted above, exactly what was agreed to in the framework is in dispute. Iran says it won’t budge on its demand that sanctions be lifted immediately once a final deal is signed or on its refusal to allow foreign inspectors to access military bases. 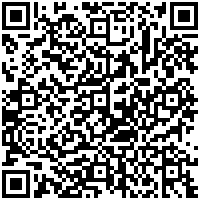