Jordan’s former Crown Prince Hamza bin Hussein is under house arrest, and at least 20 others were reportedly arrested in connection with a planned coup attempt against the Hashemite King Abdullah II, according to multiple reports.


Jordan’s military asked Hamza to cease “movements and activities that might be used to target Jordan’s security and stability,” as part of an ongoing investigation, according to a statement by Jordan’s official Petra news agency and a video message by Hamza himself.

The former crown prince sent his video message to the British Broadcasting Corp. (BBC) through his attorney, confirming he was under house arrest and criticizing the way the country is being run. Hamza added that some of his friends had been arrested, his security had been removed and his internet and phone lines had been cut.

Sharif Hassan Ben Zaid is a member of the royal family.

Awadallah, a Jordanian citizen who was born in Jerusalem but educated in the United States, formerly served as Jordan’s finance minister and as an unofficial envoy to Saudi Arabia.

An intelligence source said the arrests came in connection to a complex and far-reaching plot that also included Jordanian Bedouin tribal leaders and members of the country’s security establishment.

Saudi Arabia responded swiftly, saying Riyadh supported Abdullah’s decisions and measures “to preserve security and stability” and face any attempt to affect them.

State Department spokesman Ned Price also said in an email response to The Jerusalem Post, “We are closely following the reports and in touch with Jordanian officials. King Abdullah is a key partner of the United States, and he has our full support.”

Senior Jordanian officials sent a message to Israel on Saturday to say “the situation is under control” and there was no threat to the stability of the kingdom, was passed through Jordanian military officials to their Israeli counterparts, according to Hebrew-language Israeli journalist at Walla! News and Axios, Barak Ravid.

BREAKING: Jordan sent a message to Israel today that “the situation is under control” after the wave of arrests & there is no threat for the stability of the kingdom. Israeli officials told me the message was passed by Jordanian military officials to their Israeli counterparts

Hamza, the eldest son of the late King Hussein and his fourth and final wife, American-born Queen Noor, was named Crown Prince of Jordan in 1999; but the title was revoked by Abdullah, his oldest half-brother, in 2004.

There have been numerous other coup attempts against the Jordanian monarchy in the past decades, including several against the late King Hussein, who made peace with Israel.

In November 2012, organizers in the secular Hirak opposition movement that had begun two years earlier launched four days of protests said to be inspired by the Arab Spring uprisings elsewhere in the region. The protesters called for King Abdullah to hand over the throne to Hamza, age 32 at the time. Some 90 people were arrested and charged with launching the violent protests that also called for adoption of a constitutional monarchy similar to that of the UK.

Peace between Israel and Jordan had been in force already for well over a decade by then.

On Oct. 26 1994, the Hashemite Kingdom and the Jewish State signed a peace treaty in a ceremony held in the Arava valley in Israel, north of Eilat and near the Jordanian border. As part of that treaty, Israel promised to respect the “special role of the Hashemite Kingdom of Jordan in Muslim Holy shrines in Jerusalem” — the most prominent being the Al Aqsa Mosque in the Temple Mount compound, where Hussein’s grandfather King Abdullah was assassinated.

In late November 1972, the Jordanian military foiled an attempt to overthrow then-King Hussein. An attempt to assassinate the king and his brother, Crown Prince Hassan, came several months after Hussein had expelled the Palestine Liberation Organization (PLO) led by PLO chief Yasser Arafat in response to the PLO guerrillas’ attempt to seize control over Jordan.

In a final official act just prior to his death on Feb. 7, 1999, King Hussein defined the line of succession, removing his brother Hassan as successor and naming his eldest son, then-37-year-old Abdullah, to follow him on the throne. 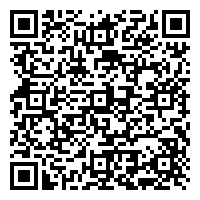