The announcement of the “bankruptcy of the state and Central Bank of Lebanon” was made by Lebanon’s Deputy Prime Minister Sa’adeh Al Shami.


“”The losses will be distributed to the state, the Banque du Liban, banks and depositors, and there is no specific percentage,” Al Shami said in a statement to the Saudi-based Al Arabiya news outlet.

“Unfortunately, the state is bankrupt, as is the Bank du Liban (Bank of Lebanon), and we want to come up with a result; the loss occurred due to policies for decades, and if we did nothing, the loss would be much greater,” Al Shami added.

The British-Dutch KPMG professional services network, which provides global audit, tax and advisory services, is auditing the national bank, which has begun an inventory of the gold in its possession.

“This is a fact that cannot be ignored; we cannot live in a state of denial, and we cannot open (banking) withdrawals to all people, as I wish we could if things were normal.”

The Lebanese official said the country is currently in negotiations with the International Monetary Fund, with which he said his government is “in daily contact.”

For the first time in this long saga, he said, “we have made great progress in the negotiations with the IMF.”

Lebanon’s economy has been in free-fall for more than two years, sending more than 75 percent of the population into abject poverty and sparking the worst national crisis seen in modern times.

Further exacerbating an already difficult situation, a massive explosion at the Port of Beirut leveled nearly a third of the nation’s capital and destroyed whatever remained of the population’s trust in its government. The country is still recovering from the devastation.

The discussions are focusing on the reformation and restructuring of the country’s banking sector, a balanced fiscal policy to serve the public debt, reform of the public sector and electricity issues, as well as unifying the exchange rate, working on monetary policy and addressing inflation, he said.

There are multiple exchange rates for hard currency in the country but regardless, the value of the Lebanese lira has dropped by more than 90 percent.

“We hope to reach an agreement in this round, or another,” he said. 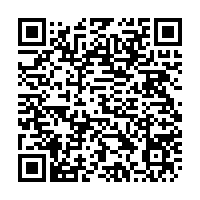