Syria is overseeing a large military buildup to modernize its ground forces and restore the army to its previous size, Defense Minister Avigdor Liberman said Tuesday.

Speaking during a morning visit to an armored corps training exercise in the Golan Heights together with IDF Chief of Staff Gadi Eisenkot, Liberman said that Israel would continue to follow developments in the region closely.

“We see the Syrian army, which is not satisfied only with taking control of all the Syrian territory, but is clearly building a new, large-scale armored corps that will return to its previous dimensions and beyond,” Liberman said. “Therefore, we follow all developments and we are ready for any scenario.”

Asked about the restored sanctions on Iran Liberman praised President Trump saying he hopes that a second round of US sanctions targeting Iran’s energy sector will snap back in November.

“The renewing of the sanctions against Iran is necessary to fight terrorism. The (JCPOA) brought billions of dollars to the Ayatollah’s regime, which were used not for the benefit of the people, but rather for terror and sabotage throughout the Middle East,” Liberman said. “It is important to understand the Iranian regime is extremist and ideological: Despite all their domestic problems they continue to spend over $2 billion a year (on foreign operations) and intend to spend even more. So when (European leaders) talk about aiding Iran’s economy, it isn’t aiding the economy, as European leaders say, but rather (aiding) the Iranian regime that is spreading terror on European soil, including recently,” Liberman concluded. 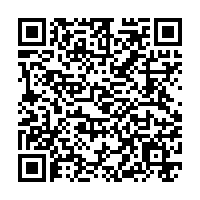