Israel’s 2012 report on terrorist activity lists no Israeli fatalities in Judea, Samaria, or Jerusalem for the first time in four decades.

The report, released Jan. 24 by Israel’s domestic intelligence agency, Shin Bet, says 1973 was the last year no such casualties were recorded.


Attacks inside Israel claimed the lives of 10 Israelis in 2012, a 55 percent drop in the number of fatalities compared to the previous year, according to news accounts of the Shin Bet report.

Of those 10, nine were killed by rocket fire from the Gaza Strip and the Egypt’s Sinai peninsula. The tenth was a man shot to death by a youth in the mixed Jewish-Arab town of Ramle.

Four of the victims belonged to the security forces and six were civilians. The report also said Shin Bet foiled 100 terrorist attacks which the agency defined as “major.”

The report said that since Septemeber 2000 and the outbreak of the Second Intifada terrorist violence has killed 1,221 people and wounded 8,519.

The Jerusalem District Court on Jan. 24 sentenced a Palestinian resident of eastern Jerusalem, Mohammed Shumian, 18, to 13 years in prison for stabbing a female soldier in March inside the Jerusalem light rail. She sustained severe injuries. 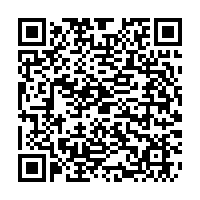