(The eulogy for Arthur Marcus of the Central Fund of Israel, was delivered by Ha-Rav Shlomo Aviner, Rosh Yeshivat Ateret Cohain in the Old City of Yerushalayim)

Few people in Eretz Yisrael heard of Arthur Marcus, Avraham Zev ben Moshe Yitzchak ztz”l, despite his great merits.  The reason was not only the fact that he lived in America, but on account of his humility and modesty.


Forty years ago, this man established the Central Fund of Israel, which allowed transferring donations to Israel, and to receive a tax-exemption, which is essential for donors there.  Everything was obviously performed in full accordance with the law.  The donor transfers the donation to the fund, and the money is passed along to a non-profit organization in Israel.

In this way, he transferred close to 20 million dollars a year to 300 non-profit organizations.

He did all of this on his free time, together with his wife, who was with him in this holy work.  He worked tens of hours each week, without receiving a penny for himself, and even paid for the expenses from his own money.  At the beginning, he did not even have an office, but rather did everything from his home.  Much later, he did have an office, which was his private office at work.

He did not distinguish between people, but rather transferred donation to any cause which had an idealistic purpose: humanitarian aid, educational institutions, communal projects, Shuls, Yeshivot, projects to build Eretz Yisrael, medical and security projects.  And he did not distinguish between different parts of our Land.  In his eyes, the Shomron and Tel Aviv and the Negev were all the same.

This reminds us of the three great wealthy men who displayed self-sacrifice for Israel during a time of distress: Nadimon Ben Gurion, Ben Kalba Savu’a and Ben Tzitzit Ha-Keshet.  Arthur Marcus zt”l however was not wealthy himself, but nonetheless succeeded in transferring hundreds of millions of dollars.  Regarding such things we say: “The act is greater than the one who performs it”.  And this was all done in simple and modest ways.

We owe a great debt of gratitude to this great man, and all of those who faithfully busy themselves with the needs of the community, may Hashem grant them a reward, both them and their families, and may they lay in their resting places in peace, with all of the Tzadikim. 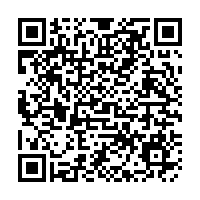