The Israel Prison Service provides expensive psychiatric treatment to terrorists behind bars in Israel, including medicine which ordinary Israeli citizens find difficult to obtain, according to a Tuesday report on Israel Radio’s Reshet Bet.

Psychiatrist Dr. Nimrod Keisar said he was proud of the treatment he provides to terrorists, as member of a team of senior psychiatrists hired by the IPS to treat imprisoned terrorists.


“The IPS policy is to show an interest in this aspect of the prisoners’ experience and to care for their lives, safety and, to a large extent, their quality of life,” said Keisar, stressing that terrorists are treated better than Israeli citizens, since the IPS purchases for them drugs which aren’t included in the local HMOs’ inventory.

“My treatment utilizes the most modern and advanced methods,” Keisar boasted, explaining that this includes “medications that may be difficult to obtain outside, they are not all in the HMO basket. I give the maximum. The Prison Service allows me this and is definitely interested in a very good level of treatment, not to just make a checkmark.”

According to Keisar, “When I meet a person I am not interested in his offense, I actually prefer not to know what he has done. Instead, I look at the fact that he has a wife and children. ”

Dr. Keisar revealed that some of the terrorists are suffering from post-traumatic stress disorder because of the terrifying scenes they witnessed in the terror attacks they themselves committed.

The senior psycgiatrist explained: “People who are in prison for long periods, each one and his own sentence, have problems which are usually sleep disorders, problems that result from separation from the family, of the conditions of the prison, which are not the most comfortable, even though they are treated humanely…

“He (the terrorist) presents the problem that he has nightmares, that he can’t sleep, that he is depressed, that he misses the family and his children. He caused the attack, but he may be suffering from all kinds of nightmares as a result of what he has seen.”

Dr. Keisar made clear that he does not go into “whether the patient expresses remorse or not,” stressing that he sees no difference between his Jewish and Arab patients.

Emphasizing that “there is no difference between the tears of a Jewish mother and the tears of an Arab mother, that is to say that empathy and humanity are crucial when you meet a person,” Keisar stressed that the IPS is working hard to prevent suicides among the imprisoned terrorists.

“The Prison Service invests a great deal in preventing the loss of these people,” he said. “We take many steps to prevent this.”

Barlev: 3 Days Ago We Stopped Another Terrorist Prisoners’ Escape

Former Internal Security Minister Testifies: There’s a Problem with the Truth in the Prison System 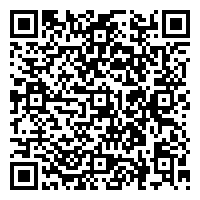