Supreme Court Justice Ruth Bader Ginsburg, 87, passed away Friday night at her home, surrounded by family, at the age of 87, on the first night of the Jewish New Year, Rosh Hashanah.

The US Supreme Court said in the announcement that the cause of death was complications from metastatic cancer of the pancreas.


“Our nation has lost a justice of historic stature. We at the Supreme Court have lost a cherished colleague,” said Chief Justice John Roberts. “Today we mourn but with confidence that future generations will remember Ruth Bader Ginsburg as we knew her, a tireless and resolute champion of justice.”

‘My Most Fervent Wish’
Ginsburg served on the Supreme Court for 27 years. A few days before her death, she dictated a statement to her granddaughter, Clara Spera, saying: “My most fervent wish is that I will not be replaced until a new president is installed.”

Ginsburg, a devoted liberal, despised GOP President Donald Trump, who had already appointed two Conservative justices to the Court and she deeply feared he would appoint a third, tipping the balance of the Court to become completely Conservative. She may also have worried about Trump’s reputed “misogynist” attitude — but she would have been surprised to find out that on this score, at least, Trump is not the misogynist she believed him to be.

“It will be a woman. A very talented, very brilliant woman who I haven’t chosen yet, but we have a number of women on the list,” he said, when asked by reporters.

Trump had opened a rally he attended in North Carolina Saturday night by saying he joins with the rest of the nation in mourning the loss of Justice Ruth Bader Ginsburg.

“Her landmark rulings, fierce devotion to justice and her courageous battle against cancer inspire all Americans,” he said. “She was an inspiration to a tremendous number of people. I say all Americans.”

Trump said he would announce a Supreme Court nominee in the coming week — and his pick will be a woman, he promised.

Hard Life From the Start
Born in Brooklyn, Ginsburg attended public schools, where she proved to be a top student. But she also had to grow up fast: her mother, Celia Bader, died of cancer the day before the future judge graduated from high school at age 17.

Ginsburg won a full scholarship to Cornell University, where she met her future husband, Martin (“Marty”) Ginsburg. They married after she graduated. After her husband’s military service, they both attended Harvard Law School, juggling their schedules to accommodate caring for their toddler.

Their first real challenge, however, came when Marty Ginsburg was diagnosed with testicular cancer. Treatment and the fight for survival was simply added in to their already packed schedules; during the year her husband was so ill, Ginsburg typed his senior class paper for him, then began working on her own studies at 2 am. When he graduated and got a job in New York, she transferred to Columbia for her final year, graduating at the top of her law school class.

No one would hire her and some would not even grant the courtesy of an interview: the doors were closed to women, and worse, being a mother meant she undoubtedly would be distracted by “familial obligations.”

Only through the intervention by one of her law professors, Gerald Gunther, did she finally get her first break, according to National Public Radio (NPR) News, as a clerk for Judge Edmund Palmieri in New York, from 1959 to 1961.

A Woman of ‘Firsts’
Over the years, Ginsburg became the first female tenured professor at Columbia Law School, and as she fought for women’s legal rights, she eventually founded the Women’s Rights Project at the American Civil Liberties Union.

In 1980 she was appointed by President Jimmy Carter to the US Court of Appeals for the DC Circuit Court.

In 1993, President Bill Clinton nominated her to the Supreme Court, the second woman to be appointed and the first Jewish woman ever to hold the position.

A Proud Jewish Woman
“I am a judge, born, raised and proud of being a Jew,” she said in an address to the American Jewish Committee shortly after her appointment. “The demand for justice runs through the entirety of Jewish history and Jewish tradition.”

Keenly aware and proud of her Jewish roots, Ginsburg later wrote in an essay for the AJC: “Laws as protectors of the oppressed, the poor, the loner, is evident in the work of my Jewish predecessors on the Supreme Court. The Biblical command: ‘Justice, justice shalt thou pursue’ is a strand that ties them together.”

Speaking at a 2004 Yom HaShoah commemoration at the US Holocaust memorial museum in Washington DC, Ginsburg noted, “Our nation learned from Hitler’s racism and, in time, embarked on a mission to end law-sanctioned discrimination in our own country.

“Our motto, E Pluribus Unum — of many one — signals our appreciation that we are the richer for the religious, ethnic and racial diversity of our citizens.”

Married 56 Years, Both Died of Cancer
Ginsburg was also somewhat of a maverick; publicly, a “rock star” of sorts to the younger set who looked up to a woman who could fight for gender equality, hold her own as a member of the highest court in the land and yet hit the gym to pump a little iron in order to keep fit.

Well into her seventies, Ruth Bader Ginsburg went horseback riding and parasailing. She did indeed hit the gym and worked out on a regular basis, telling interviewers it was important to “stay fit.” She was just as energetic in her super-packed schedule of public appearances, despite nearly 20 years of battles with different forms of cancer.

Ginsburg’s first bout with the disease came in 1999, when she was diagnosed with colon cancer; pancreatic cancer came ten years later, lung cancer in 2018, pancreatic cancer back again in 2019 and lesions on her liver in 2020. She endured chemotherapy, radiation treatments and in the last few years, pain from shingles as well.

While all this was going on, Ginsburg’s strongest supporter and her rock above all, Marty, became ill with cancer. On June 27, 2010, he died at home surrounded by the family. They were married for 56 years.

The day after her husband’s death, Ginsburg went back to work at the Supreme Court because she said it was what he would have wanted.

Ruth Bader Ginsburg died as she had lived, fighting to the very end. 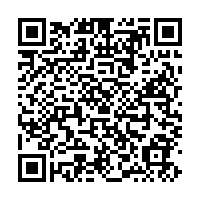