The Organization for Economic Co-operation and Development (OECD) biannual report on Israel will be presented on Sunday to Prime Minister Benjamin Netanyahu and Finance Minister Moshe Kachlon (Kulanu) by Secretary-General Ángel Gurría, and it’s chock full of mostly good news.

According to the OECD economic forecast, after a moderate pace in 2015, Israel’s economic growth is projected to pick up to around 3¼ per cent in 2016 and 2017. This increase in activity should keep unemployment low. Israel’s financial and banking system is remarkably stable. A rise in the minimum wage, falling oil prices and budgetary measures to stimulate the economy will support domestic demand, while exports are likely to recover with the improvement in the global economy. Employment is high and the average income per capita is more than $35,000 annually, which is close to the average in most industrial countries.


The report says quality of life in Israel is among the highest compared with other OECD members, and its life expectancy is third among the industrial countries, behind Japan and Switzerland. Israel is better prepared than the rest of the OECD countries for dealing with its aging population, while public expenditure on pensions is low.

Nevertheless, not all population segments are included in the Israeli miracle, and in a few the level of participation in the job market is low. Israel’s poverty rates are the highest in the OECD: 21% of Israelis are below the poverty line, worse than the situation in Mexico, Turkey and South American countries. Gaps between rich and poor in Israel have grown wider — back in the mid-1990s, only 14% of Israelis were below the poverty line. 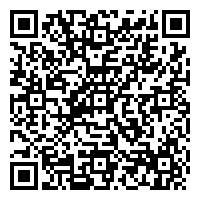