An Arab terrorist was arrested on suspicion of planning an attack at the Gush Etzion junction.

The terrorist had been observed walking suspiciously in the area, but after his arrest security forces did not find anything incriminating on his person. However, after further inspection of the area security forces discovered a large Chisel which the suspect had cast aside, with which he had planned an attack.

Hatzala Yosh reported that during his interrogation the Arab admitted to planning an attack. 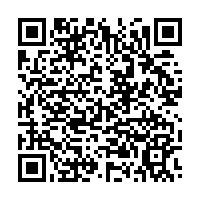