A Palestinian sniper attempted to kill an Israeli farmer working in a field near Kibbutz Nir Oz in the Eshkol Regional Council area on Thursday, shooting from a vantage point in Gaza.

The farmer hid behind a tractor until IDF soldiers arrived and evacuated him to safety.  He was not injured.  The soldiers returned fire.

On June 1, Staff Sgt. Netanel Moshiashvili was killed in a firefight with a Palestinian terrorist infiltrator, Ahmed Nassir, from Gaza.  The infiltrator was also killed, preventing him from conducting an attack on Israeli civilians.

Marc Prowisor, Director of Security Projects at One Israel Fund and former head of security for the Shilo region, told the Jewish Press that while Thursday’s attack is grave, it is not unusual.

“This happens all the time, you just don’t hear about it in the news,” Prowisor said.   “There is no peace on the Gaza border, it just proves that if Israel leaves an area, it brings more violence.” 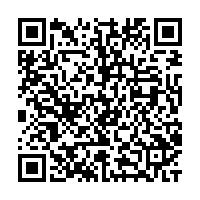