Prime Minister Benjamin Netanyahu at the Inbal Hotel in Jerusalem, made the following remarks to the Conference of Presidents of Major American Jewish Organizations:

“Thank you very much.


First I want to say that the people of Israel feel the grief of stricken families, whether by terror or as we’ve had today, a horrific accident, road accident. And we send our condolences to the families of those killed, and of course our hopes for the speedy recovery of the wounded.

We live in an era where there are two parallel but contradictory trends regarding the State of Israel. The first one is all too familiar to you and that’s the ongoing multinational hostility to Israel. You see it at the UN; you see it at the UN Human Rights Council – I can’t believe there is such a term that is so self-contradictory: UN Human Rights Council; the ICC; regrettably the EU. We’ve had some efforts to change at least the EU. But we know that in many of these multinational forums, Israel is singled out. I hope that one day we’ll receive a double standard because right now, we’re not enjoying a double standard; we are suffering a triple standard. There is one standard for the democracies – well, there’s one standard for the dictatorships. They’re usually exempt. The other is for the democracies and there’s still a third standard for the democracy called Israel. I think you’re all familiar with that and in some senses it’s getting worse.

There is an opposing trend, which you’ve just commented on from one perspective, and I want to thank you for taking the message of Israel and the Jewish people far and wide. But the other thing that is happening simultaneously is this: Small countries like India, China, Japan, Russia – they’re all coming to Israel. Scarcely a week goes by that we don’t have a delegation from one of these countries of either political office-holders, or more and more, entrepreneurs, heads of companies. The same is happening in the nations of Africa and Latin America – virtually all of them. And they’re all coming here. And the reason they’re coming here is for two reasons.

The first reason is the concern with the spread of militant Islam, which has become a global plague and there terrorism that it produces. And countries want to have, to benefit from Israel’s experience, our intelligence. I mean, military intelligence, special service intelligence, operational experience. They want to partake of that experience to help defend themselves. So one reason they’re coming here with increasing numbers is the battle against the forces of yesterday, the forces of medievalism that want to take back our world at least a thousand years.

And the combination of the battle against the forces of yesterday and the desire to embrace the opportunities of tomorrow makes them look around the world and they say, well, which country straddles both meeting the challenges and seizing the opportunities? And they come to a conclusion increasingly: Israel.

And I’ve been talking to leaders around the world, and I’ve asked you to do the same, and I think you have. And I’ve said, “Look, isn’t it about time,” I say to these countries, “that the stronger relations between our countries, which are growing ever-stronger literally by the day, when would that be reflected,” sir or madam, “in your voting in international, your country’s votes in international forums?” And I think that we have to press this point. We shouldn’t be shy about it. We shouldn’t accept that there is this strange dichotomy and dissonance between the friendship and the alliances that are being built between Israel and the many countries and the way they vote about Israel in international forums. I think that’s true of the EU; it’s true of the Organization for African Unity; it’s true in Latin America. And I think we should press this point home, because as interests shift, as Israel becomes such an important country internationally, it’s important that this will be reflected in international forums as well.

Now, there is no place where there has been a more dramatic shift along the lines that I have just laid out than right here in the Middle East. Major Arab countries are changing their view of Israel, and you’ve just heard one example, that’s the public one. That is, that they don’t see Israel anymore as their enemy, but they see Israel as their ally, especially in the battle against militant Islam with its two fountainheads: the militant Islamists led by Iran and the militant Islamists led by Daesh. And to this or that extent, all or most of the Arab countries, if not all of them in the Middle East, with the exception of Syria perhaps – strike perhaps, with the exception of Syria, but that’s no longer a country – they all feel threatened by this dual threat, more as you go to the Persian Gulf by Iran, and more as you go westward towards Africa from Daesh. But they all see the combination of these two threats and they see Israel as their ally, not as their enemy, in confronting these threats. Now, this is something that is forging new ties, many of them discreet, some of them open. And I think there too we can expect and should expect and should ask to see a change.

It used to be said that if we have, if we can have some kind of progress, political progress with the Palestinians, that would bring about better relations with the Arab world. I think it could actually be the other way around. I think the better relations with the Arab world could help bring progress with the Palestinians. I think that is very clear given the, what I regret to say is the dysfunctionality that I often see in Palestinian politics, and I think that the encouragement of Arab states, leading Arab states, for a more realistic position on the part of the Palestinian Authority might contribute to a stabilizing situation and even advancing to a better future.

So I think that, I think we live in a time of great change, rapid change, but what I want to bring to your attention is this change that you are a party to and you just witnessed. I want to say too that most recently we’ve had a summit in Cyprus of Israel, Greece and Cyprus, and we spoke about finding ways to cooperate in energy. This is another astounding change. Israel can be an energy-exporting country. It’s a good thing we discovered the gas fields late in the game, so we had to first learn to live by our wits and by our ingenuity. But Israel has gas and we, today I appeared before the Supreme Court. I asked to appear before the Supreme Court. It’s the first time an Israel prime minister has asked to appear before the Supreme Court in our history. I have to tell you, it’s the first time in my life that I appeared in court period. So, it’s good to close this historic day in a meeting, in this meeting with dear friends. And I think that we have opportunities. We have opportunities to change our relations with the countries of the world, the countries of the Middle East and the countries of the Eastern Mediterranean. And we’re working vigorously, including with your help, to realize that potential.

Now, having said that, and I can say having welcomed and working constantly to expand our relationships and our alliances, I want to say emphatically that we have no illusions that America remains the best friend of the State of Israel. The United States and Israel are the greatest allies. And I deeply appreciate the support of President Obama, the Congress, the American people. We’re working together today on an MoU. I hope that we can complete it soon, and we certainly will welcome Vice President Biden, who will come to visit us. I think it’s another reflection of this deep friendship between our countries. And I think the American people understand that in this turbulent Middle East and this turbulent world, America has no better friend than Israel and Israel has no better friend than the United States of America.

But of course we have one other friend that is always there, and that’s the friendship of the Jewish people. I am committed to the unity of the Jewish people. I am committed to the simple principle that all Jews must feel at home in Israel. And I think as we’ve demonstrated recently, including in the Kotel arrangement – I want to thank Avichai and Natan Sharansky for the help that they have done there – we want to make sure that all Jews feel welcome here. And in that spirit, I want to say: You are always welcome here; your help is deeply appreciated; your friendship is unassailable; and your loyalty to the future of our people is indisputable. And for all that, I want to thank you. Thank you all.” 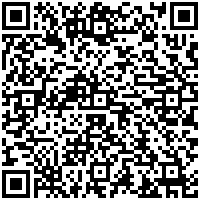