Amir Ohama, the Likud’s newest MK, on Monday launched the Knesset’s Gun Lobby Forum, probably the first parliamentary group in Israel’s history formed to advocate increased private gun ownership. Unlike the US, Israeli law views personal gun ownership not as a right but as a highly regulated privilege, reserved to very few non-military citizens. In fact, despite the image of Israel as a gun-toting society, personal gun ownership is very rare in the Jewish State.

But with ever-increasing Arab violence, and the undeniable fact that a very significant percentage of the Islamic terror attacks over the years have been foiled not by police and the IDF, but by armed civilians, the case for expanding gun ownership in Israel seems to make itself. As some of the people attending the Monday forum suggested, it’s actually a case of restoring private gun ownership, seeing as over the past few decades previous governments worked very hard to significantly reduce the number of personal weapons in Israel.

Only now, responding to the latest wave of terror, Minister of Internal Security Gilad Erdan, who also spoke at the forum, has been slowly loosening the restrictions on owning a personal weapon. Erdan voiced his support saying, “There are hundreds of thousands of potential terrorists who can simply go outside with a knife, screwdriver, or gun and carry out terror attacks. The police therefore cannot prevent every attack and we would like to see more skilled gun carriers in the streets to support them.”

One important announcement at the forum was a possible upcoming change in gun ownership rules. The gun licensing bureau recognizes that many Israelis with gun licenses tend to only shoot their weapon once in 3 years, when they need to renew their license. “I want to make sure that citizens who receive permits undergo special, comprehensive training,” Minister Erdan said, suggesting that the current training is “insufficient.”

The licensing bureau is planning to require that gun owners go to the range once a year, simply to refresh their shooting skills, and separate from renewing their licenses. This plan was well-received by the audience, who were advocating for experienced and responsible gun ownership.

But MK Ohana and the other MKs who joined his Knesset forum want a more liberal gun ownership policy in Israel, possibly one that views gun ownership as a right, certainly for those who served in IDF combat units.

The forum audience consisted of gun professionals, current and former security personnel, academics and gun advocates. But the meeting wasn’t without its naysayers: a few anti-gun activists as well as one leftwing Meretz MK, Tamar Zandberg, made an appearance to tell the audience that guns are bad, the idea of citizens owning guns is bad, and the average citizen can’t be trusted to own weapons outside of the police and military framework. To make their case, several leftwing speakers repeatedly resorted to the same very limited number of examples of handgun violence in Israel, failing to note that the vast majority of misused guns have been by people who owned them illegally (as in the oft-repeated example of the Dizengoff terrorist, who on New Year’s day used a stolen weapon, and was able to spray so many people with bullets and then escape because, unlike Jerusalem, no one in liberal Tel Aviv had a personal weapon to shoot him with).

The audience also pointed out, shouting down the leftist speakers, that a significant percentage of terror attacks have been foiled by armed civilians and not by security personnel.

One woman in the audience pointed out that by restricting personal gun licenses, one isn’t protecting women from violence as the Left claim, but rather, it limits the ability for women to defend themselves.

Other attendees included MKs Nava Boker, Yoav Kish, Nurit Koren, David Bitan and Oren Hazan of the Likud party, along with experts and heads of gun-related organizations and academics.

One of the more amusing incidents, which had the entire room on the floor laughing, was the over-the-top entrance by the controversial and truly funny MK Oren Hazan, who announced his vociferous support for MK Ohana’s initiative.

For most participants in the Monday forum, it was clear they believed that the average citizen should have maximum gun ownership rights, as long as those rights were exercised responsibly. 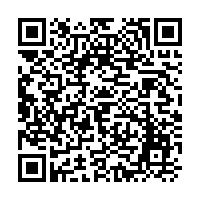