An Israeli man has been arrested on suspicion of of smuggling hundreds of thousands of balloons into the country, allegedly for the use of Gaza terrorists in arson attacks on southern Israel.

David Cohen, 50, owner of DC Logistics, Ltd. is alleged to have imported the balloons – in the colors of the Palestinian Authority flag – while using his Israeli citizenship to evade security inspections at checkpoints. Cohen was questioned on Monday by investigators during which he “implicated himself in the crime,” according to the Tax Authority, which said Cohen’s company acted as a cover for the real buyers.

Without notifying customs officials, Cohen allegedly imported the balloons on behalf of Hebron Arab businessman Tahsin Majd Ahmad Dufash. He also did not inform authorities the balloons were to be shipped to Gaza.

“The special police unit of the Ashdod customs office collected intelligence that indicated the company DC Logistics, Ltd., which is owned by the suspect, planned to import a massive quantity of balloons and deliver them immediately to a Hebron resident, who — it is suspected — would eventually transfer them in batches to Gaza,” the Tax Authority said.

“The suspect did not order the goods, he did not determine their quality or type, he did not pay for them and the entire purpose of his actions were to be camouflage for the final destination of the goods,” the Tax Authority continued, adding that Cohen’s company’s name did not appear on the boxes in which the balloons were shipped. In fact, Dufash’s name appeared on the boxes.

Importers are required under Israeli tax and customs law to provide documentation when goods are sold to Palestinian Authority citizens in Judea, Samaria and/or Gaza.

On Wednesday alone, 11 fires were started by Hamas incendiary balloons flown into southern Israel from Gaza. Several of the fires broke out in the Eshkol Regional Council district, near the Gaza border.

Who Owns the Land? 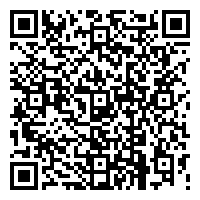