U.S. Presidential Special Representative for International Negotiations Jason Greenblatt bluntly told the United Nations Security Council meeting on the Middle East on Wednesday that Gaza’s leading Hamas terrorist organization and its allied terrorist groups are to blame for the ongoing humanitarian crisis in the enclave.

“It is simply unacceptable that Hamas and Palestinian Islamic Jihad continue to target Israeli communities, including hospitals and schools, in a cynical attempt to extract concessions from Israel,” Greenblatt said.


“It is simply unacceptable that Hamas and Palestinian Islamic Jihad continue to use civilians in Gaza, including children, as human shields.

“It is simply unacceptable that Hamas and Palestinian Islamic Jihad continue to siphon the scarce resources of the people of Gaza to build their terror arsenal, while preventing donor aid from reaching the people.”

“Nothing can be meaningfully fixed until they renounce terror and cease their acts of violence and their vow to destroy Israel,” Greenblatt continued. “When will the Security Council say this out loud? When will we clearly reject this terrorism?”

The UN Relief and Works Agency (UNRWA), he said, has “failed the Palestinian people,” adding that the conflict between the Palestinian Authority and Israel is “sad, and tragic, and complex on so many levels.”

But he urged the world body to “stop pretending that UNRWA and UN resolutions will somehow solve the conflict,” warning, “They simply won’t.”

Instead, Greenblatt urged the Security Council to look ahead to the upcoming “Peace for Prosperity” summit scheduled to take place next month in Bahrain. The economic conference, he said, will introduce an “alternative path with the potential to unlock a prosperous future for the Palestinians.

“This is the first stage of a process that we want to begin to showcase what could be; how, if we can achieve a political solution to the conflict, we can also transform the lives of the Palestinians,” he said.

“It would be a mistake for the Palestinians not to join us. They have nothing to lose and much to gain if they do join us. But it is, of course, their choice.” 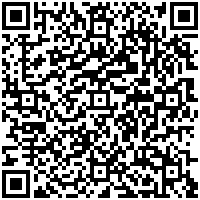