President Reuven Rivlin warned Monday after meeting with just a few party delegations that “at the moment, I cannot see a way to form a coalition.”

As is customary, the president met with representatives of all the parties to hear their recommendations on who should form the next coalition.


At the end of the process, which concluded Monday night, Rivlin was to announce Wednesday which Knesset member would be entrusted with forming the new government, based on who has the best chance of success, but instead moved up the process by a day.

“The president will give his decision regarding the candidate who he will entrust with forming a government tomorrow, Tuesday 6 April / 24 Nissan,” Rivlin’s office said in its statement.

By the end of Monday evening, Prime Minister Benjamin Netanyahu was the candidate with the most backers to form a new government, although it is still not 100 percent certain that Netanyahu will be the one appointed by the president to begin the process.

Whoever that chosen candidate will be has 28 days to form a coalition, in accordance with Basic Law: The Government (2001). If additional time is required, Rivlin is authorized by law to grant an extension of up to 14 more days.

Yesh Atid’s Knesset faction, comprised of MKs Orna Barbivai, Meir Cohen and Karin Elharar, met next with Rivlin and recommended that Yair Lapid be entrusted with forming a government.

The Kachol Lavan (Blue & White) Knesset faction recommended during its meeting with the president that Lapid be entrusted with forming a government in the consultations at Beit HaNasi. The Kachol Lavan delegation included Ministers Hili Tropper and Orit Farkash-Hacohen, and MK Yael Ron.

The Yamina delegation, comprised of MKs Ayelet Shaked and Matan Kahana, recommended that their own party chairman, Naftali Bennett, be entrusted with forming a coalition.

The Religious Zionism party led by Bezalel Smotrich recommended that Netanyahu be chosen to form the coalition. The delegation including Itamar Ben-Gvir, Michal Waldiger and Simcha Rothman.

The far-left Meretz party delegation recommended Lapid be chosen to form the coalition.

The Tikva Hadasha (New Hope) party led by MK Gilad Sa’ar declined to recommend anyone during its consultation with the president. The New Hope delegation was comprised of MK Yifat Shasha-Biton, Ze’ev Elkin and MK Yoaz Hendel.

Sa’ar told the Hebrew-language Ynet news site that he has “no intentions” of sitting in a government led by Lapid. “I’ve said it before and I am saying it again,” Sa’ar underlined.

The Arab Joint List faction led by MK Ayman Odeh during its meeting with the president, also declined to recommend anyone to build the coalition. The Joint List delegation was comprised of MKs Ayman Odeh, Ahmad Tibi and Sami Abu Shehadeh.

The Ra’am party delegation, led by Mansour Abbas likewise chose no one, with Abbas telling Rivlin, “We will support any candidate who is given the mandate to form a government.” The Ra’am delegation comprised MK Mansour Abbas, Mazen Ghneim and Said al-Harumi.

Thus the count of Knesset members’ votes stands as follows:

During the day, Rivlin said that he saw another unworkable deadlock in the making, which could lead to a fifth round of elections.

“After four election campaigns, democracy has exhausted itself,” the president said.

Netanyahu now has the most backers and is most likely to receive the first mandate to form a coalition, but that does not guarantee automatic success.

The Jewish State arrived at its fourth set of elections precisely because there was no clear path to a government, including one led by Netanyahu, each of the three times prior. For a few brief months, however, Netanyahu did manage to cobble together an agreement with the Blue & White party that allowed the country to function in some limited fashion — until bickering once again brought down the “unity coalition” government. 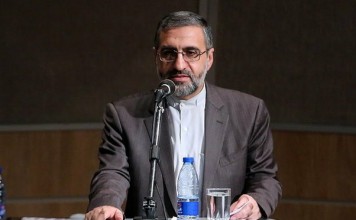 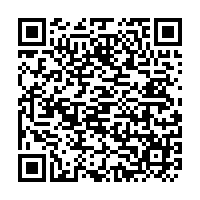