In an interview with CNN’s “State of the Union With Jake Tapper” on Sunday, GOP presidential candidate Donald Trump said he has “many friends that are Muslims” who are happy that he is addressing the problem of radicalism.

“I have many friends that are Muslims, and I will tell you they are so happy that I did this, because they know they have a problem. There is a problem,” said Trump.


Trump’s ban would cover Muslims entering the country as immigrants and as tourists, the Associated Press reported. His comments prompted backlash from world leaders such as British Prime Minister David Cameron, who called it “divisive, unhelpful, and quite simply wrong” and from political officials across the spectrum including leading Republicans.

“Let’s talk about the reason why a lot of Republican leaders say they’re expressing such anxiousness these days, and that is your call for a ‘total and shutdown of Muslims entering the U.S.’ ” Tapper said, adding that the polls show a majority of Americans don’t support the banning of Muslims.

Trump said he didn’t do it for the polls, so he doesn’t care what the polls say. He added, “At the same time I have many friends that are Muslims, and I will tell you they are so happy that I did this, because they know they have a problem. There is a problem.”

“I have many friends at the highest level. I have partners that are Muslim,” Trump responded.

“They support a ban on Muslims in the U.S.?” asked Tapper.

“No, they said it’s about time that somebody spoke up as to radicalism. You have radicalism in this country. It’s here, and it’s trying to come through. I just read where ISIS has gotten a hold of a passport printing machine for the migrants to get them into the United States. Now maybe that’s true – maybe it’s not. It’s an early report, but how crazy are we allowing ourselves to be subject to this kind of terror?” Trump said.

“I don’t think anyone doubts that radical Islam is a big problem, but I think the question is, is your proposed solution a good thing or not,” said Tapper.

Trump said his proposal to ban Muslims entering the United States is temporary. When asked how long such a ban would last, he said, “until we get our hands around the problem.”

Trump reiterated that “We have to get our act together. Again, my relationship with the Muslim community is excellent. I’ve had people call me – at the highest level, saying you’re doing us a favor, because they know they have a problem.” 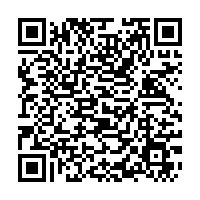