Israel’s Justice Ministry on Sunday published for public comments a draft of the new “transparency law,” requiring full disclosure by political and social organizations receiving support from a foreign entity.

The bill seeks to increase the transparency of the activities of NGOs and public benefit companies, most of whose financing comes from donations from foreign countries. According to the proposed draft, such an organization would be obliged to indicate its supporters in its publications and reports for the public to see. Also, representatives of such an association who enter the Knesset would be required to wear appropriate ID tags, as are the rules concerning lobbyists. Failure to obey the law will result in a fine of about $8,000.


The Israeli Civil Liberties Association said in response that the transparency law it another attempt to harm the Israeli Democracy through a sophisticated silencing campaign and scare tactics. The Association further wrote that the purpose of the law is to delegitimize human rights organizations, especially organizations that deal with the rights of the Palestinians in the territories, of Israeli Arabs, and of African refugees.

Justice Minister Ayelet Shaked has no problem admitting that her main aim is to uncover the identities of the foreign entities financing human rights organizations and leftist associations. “Financial support by foreign organizations to associations operating in the Israeli interior undermines the sovereignty and identity of Israel, and sabotages the authority of the government that was elected by the public,” Shaked told Israel Channel 2 News.

“For instance,” she demonstrated, “we saw the report of the UN commission of inquiry, which accused Israel of war crimes and intentional harm to civilians during Operation Protective Edge (2014), was based on the testimony of key Israeli organizations such as B’Tselem, Breaking the Silence and Adalah.”

“The bill seeks to increase transparency in the operations of non-profit organizations and public benefit companies, the bulk of whose financing — more than 50% of their budget — comes from donations from foreign political entities,” the Justice Minister explained.

According to NGO Monitor, the government of Australia, Belgium, Canada, Denmark, the European Union, Finland, France and Germany all donate generously to anti-government, anti-Zionist NGOs inside Israel. Other donor are organizations from Sweden, Switzerland, the Netherlands, Ireland, Italy, Norway, Spain, the United Kingdom, the United States, the United Nations Office for the Coordination of Humanitarian Affairs (OCHA), and the World Bank – PNGO Project.

Time Management For The Wise 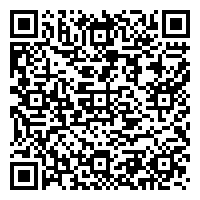